Abdulrasheed Bawa And The Urgency of Rebranding EFCC 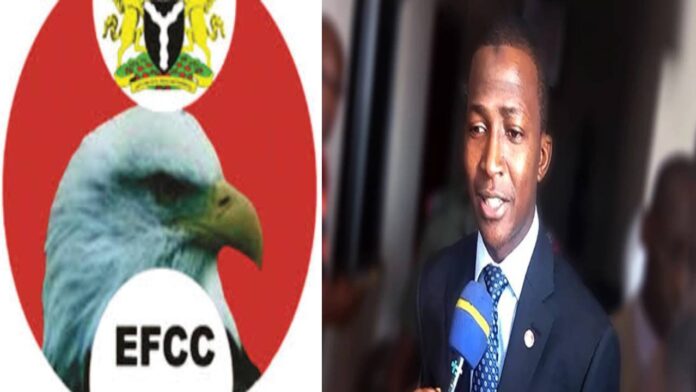 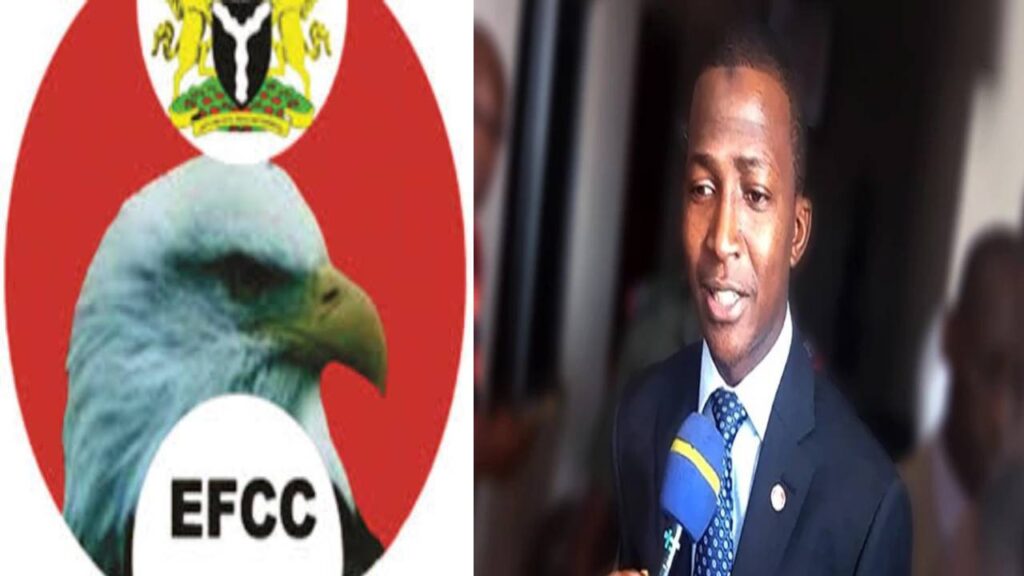 To say that corruption is not one of the many evils that have eaten deep into our nation’s fabric will be to create a farce that close observation will render invalid.

In a literal sense, fighting the endemic referred to as corruption especially in a multifaceted entity like ours requires a plethora of tactics. This is because corruption is trackable in all corners, axis and divisions of the entity referred to as the giant of the African continent, Nigeria.

Aware of this fact, President Muhammadu Buhari recently appointed Abdulrashid Bawa as the head of the nation’s antigraft agency. This was after the erstwhile Chairman, Ibrahim Magu a commissioner of Police had been forcefully ejected from the system.

Abdulrashid Bawa’s appointment was a sequel to a series of recommendation. This undoubtedly may have been the reason for his speedy confirmation by Nigeria’s legislative chambers in full capacity, unlike his predecessor who worked all through his tenure in an acting capacity after being rejected by members of the legislature severally.

While I must commend the appointment of Bawa, nonetheless it is essential to pause and ask some critical questions.

In the first instance, one needs to know what level of preparation Bawa has gotten concerning the anti-corruption which had been the fulcrum of the Muhammadu Buhari led administration but which volume has been turned off.

READ  N30b Stormwater: I Am Unhappy With Obaseki

On a frank note, the chant of war against corruption and financial mismanagement especially in the path of the nation’s political office holders has been what the current government has sung into the ears of Nigerians severally. We would not be quick to forget how the government with the help of its agencies went haywire seeking to recover a myriad of assets and monies which were the proceeds of illegal transactions and financial mismanagement. Don’t tell me you have forgotten the #dasuki gate trial and the likes.

But more than five years down the line, it seems the tempo and the rhythm of the war against corruption which was the main theme of the government’s actions in the early days have been reduced and relegated to the background. I wouldn’t want to start recounting the several instances to prove this, neither will I want to focus on the reasons (obvious and hidden) the government has not successfully nipped corruption in the bud as it was promised earlier. The climax of this was the prime suspension of Ibrahim Magu.

The subsequent removal of Magu led to the burial of some choice and spicy corruption cases. A classical example was the one involving former governor Danjuma Goje. This was at the heat of the elections for principal officers of the Senate chamber. No dinner had Goje relinquished his ambition to vie for the position of the Senate president had the corruption charges levied against him dropped and thrown into the bin. Well, the rest they say is history.

The above instances have consequently led to Nigeria being ranked as one of the most corrupt countries in the world, especially by Transparency International. How will Abdulrashid Bawa help to bring Nigeria out of this mess and cleanse her from her stains on the international community remains another question that needs to be asked?

To say the least is to say the fact that the challenge of political interference remains another obstacle to be surmounted. We would not be quick to forget the roles played by the minister of justice, Abubakar Malami concerning Ibrahim Magu. Would we then say that such horrible and horrendous events wouldn’t play out now that power has switched hands?

How will Bawa resist the seduction not to bow to the interest of people who have been regarded as gods? I think putting the interest of the public and the law above others is what many a public official has vowed to do even when the contrary comes to play. How will Bawa be able to achieve this?

Well, it is up to Bawa to decide as to whether he plays by the rules of the game or he compromises his stand and ends up being screened out of the system. In any case, monuments that stand the test of time are erected by men who dare to stand and who exhibit accountability, moral integrity and protection of ethics and the law. I do hope Bawa can fulfil the mantra of helping the country kick out corruption and build a society that will be the envy of others.

I on behalf of Citizens for Righteousness and Social Justice(CRJ) do wish him a successful tenure.

Obaseki And Governance: Paradox Of Hope

By Tony Ikpasaja Being a gateway to Southern part of the country has now put Edo state in dire security situation instead of an advantage,...
Read more
Public Sphere

Nigeria: Before Our Glory Departs, By Matthew Hassan Kukah

If a religious leader is afraid to say what is right, what else can his silence mean but that he has taken flight? Hiding...
Read more
Public Sphere

Buba Marwa and The Bad Guys