‘Influence’, Award-winning Film On Weaponisation Of Information Available In Nigeria 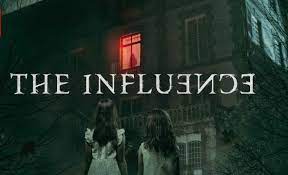 INFLUENCE, the award-winning feature-length documentary film charting the rise and fall of the infamous London-based PR firm, Bell Pottinger, is now available to watch for free in Nigeria.

The documentary has gained popularity and spread globally since its premiere at the Sundance Film Festival in 2020.

The influence was directed by South African journalists and filmmakers Richard Poplak and Diana Neille.

The film,  Influence,  is a David and Goliath tale of ordinary people facing off against a powerful corporation with near-infinite resources.

This is an imbalance that has become all too familiar globally.

The film serves as a terrifying reminder of the dangers that lurk within the post-truth era, in which masters of disinformation use new digital tools to wage ancient propaganda wars, thus undermining the very fabric of democratic societies.

A statement by Pres eth Communications on Monday quoted the purpose of the film as recounted by co-director, Diana Neille.

“After following the story deep into the roots of modern geopolitical spin-doctoring, we discovered the fingerprints of Bell Pottinger’s founder, Lord Tim Bell, on many of the world’s most formative political campaigns.

“We felt that if our viewers comprehensively traveled Bell’s journey since the 1970s, we would end up telling the story of influence and how it helped establish what we now call the post-truth era.

“It’s the context in which so many democracies around the world are now floundering,” Neille was quoted as saying.

Produced by Neil Brandt of Storyscope (SA) and Bob Moore of EyeSteelFilm (Canada), Influence takes its cue from the #GuptaLeaks, a trove of emails investigated by a team from South Africa’s Daily Maverick, amaBhungane, and News24.

In mid-2017, they exposed Bell Pottinger’s role in engineering a racially divisive PR campaign designed to benefit the notorious Gupta family, the underworld financiers of the former president, Jacob Zuma.

Several months later, due to unrelenting pressure from the media, civil society, opposition politicians, and South African citizens, the once-unbeatable multinational was forced to close its doors.

The Producer of the film, Neil Brandt of Storyscope, had this to say: “As storytellers from the Global South who have always tried to speak truth to power.

“ Influence puts a uniquely African narrative at the center of a global debate around the nature of truth in a world in which fact and fiction appear interchangeable.

“As Leonard Cohen put it, ‘there are cracks in everything, that’s how the light gets in’,” Brandt said.

The film can be watched on www. influence. film, where there are also additional resources to get educated and informed about contemporary political disinformation, its origins, and how to guard against it.

NAN reports that the film and website have been made available to access for free across Africa and the UK, in partnership with the  Friedrich Naumann Foundation for Freedom.

Dikeh said that initially, the negative things people said about her used to make her sad before discovering that she could build on it.
Read more
Entertainment