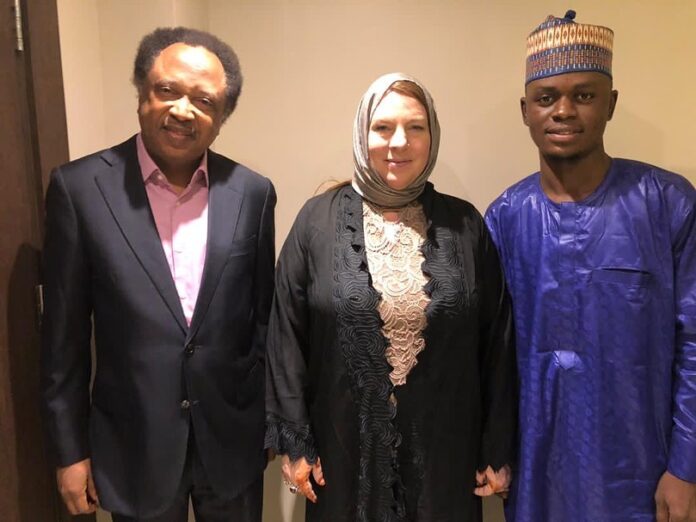 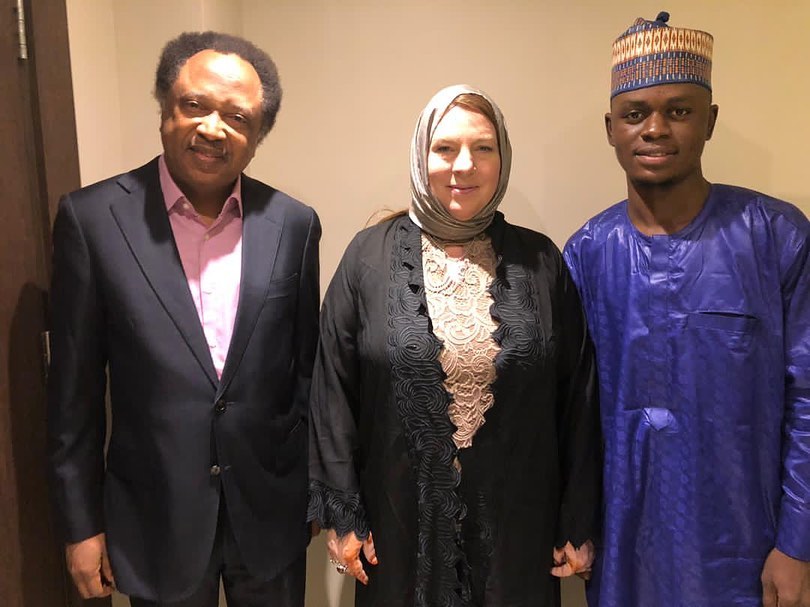 Hundreds of friends, well-wishers and family members of the groom attended the wedding prayer at the Panshekara Juma’at Mosque in Kumbotso Local Government Area of Kano State.

Isa, a Barbers Shop operator, paid N50,000 dowry to the bride in accordance with Islamic rites to formalise the marriage contract.

The groom said he was happy to witness his wedding to Sanchez, whom he said he loves with deep affection.

He recounted how he met Sanchez on Istagram about a year ago and became friends, adding that he did not see age or race as a barrier to their union.

“I was cruising on Instagram and saw her profile. I found out that some scammers were trying to defraud her of her hard earned money. So, I sent a message warning her that those boys were not to be trusted and she should be careful with them that is how we started communicating”.

On her part, Sanchez said she felt “relieved” to be united in matrimony with her Nigerian lover.

She said she was elated to be finally married to Isa after delays caused by the restrictions on movement of persons, occasioned by the COVID-19 lockdown across the globe.

Sanchez said: I had a flight ticket to fly to Nigeria from England, but it was cancelled a day after because the country was on lockdown then.

“So, everything was delayed, the airports in Nigeria were shut for a long time, it delayed everything, that is why it took me so long to get back here for the wedding. We have a planned Court wedding and immigration procedures to attend to after two weeks. I will go back to the U.S and after a couple of months he (the groom) should be able to immigrate to the U.S”

Sanchez who was dressed in light green lace attire said although she felt hot in her traditional wedding gown, the dress was beautiful.

Sanchez, a divorcee and mother of two resides in Linden in California.

“I have two children, a boy and a girl from my previous marriage. I and my ex-husband have joint custody of our kids, which is why I cannot take them away from their father. I like the people here, they are very friendly and welcoming. The children here love me, they embraced me warmly and enjoy playing with my hair. And the people are very busy and hardworking. Although, I was not looking to date anybody younger than 30, but Isa is matured for his age, when I talk to him I feel like I’m talking to somebody my age”.

The Groom’s Father, Isa Panshekara, said he had no regrets that his son took a foreign lady as wife.

Panshekara said the bride’s parents had sent him a consent letter, endorsing their approval for the union.

He said he would continue to encourage them to be happy and have a blissful marriage.

Also commenting, Senator Shehu Sani, a family member of the groom, described the marriage as a “unifying force” between races and faiths.

“The union is a testimony that northern Nigeria is not just about banditry, terrorism and insurgency. You can find love in the north for Chinese, Indians, Arabs and people all over the world, who think of the north as simply a place of extremism and intolerance. This is a clear example of a union that would inspire other young people to find love. Northern Nigeria is a home of handsome, beautiful people which one has already won Jinnie’s heart”.

The Institute for Peace and Conflict Resolution (IPCR) foresaw the emergence of the Boko Haram insurgency as early as 2007, the Director-General of the...
Read more
News

The Presidency has again reassured Nigerians on the safety and efficacy of the COVID-19 vaccine administered on President Muhammadu Buhari and Vice-President Yemi Osinbajo...
Read more
Load more