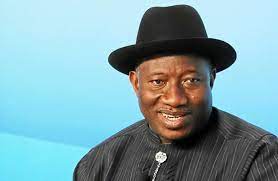 A few years to the next round of fresh national elections, Nigeria is in the midst of a protracted, bitter, often violent, and sometimes deadly struggle to determine what kind of society and government structure it will have, and what kind of future Nigerians can hope for.

Two years away from the 2023 general elections, it is too early to know how this struggle will turn out, or what the process will be like until some more or less settled pattern emerges.

But it is not too early to know what the current tenants at the Aso Rock Presidential Villa and the several blocks in the ruling All Progressives Congress want, certainly not too early to identify the tools with which they work and to be clear about what they hope for, and what they fear.

This cabal that holds the throttle in the Muhammadu Buhari presidency wants, above all, to stay in power. Its principal leaders such as Justice Minister Abubakar Malami and other enablers fear a loss of power which would limit their access to goods and funds and make them vulnerable to legal and political processes, for example, for violations of human rights, or corruption.

As to tools, this has been an evolving process. The cabal has, and is clearly exercising control of the executive branch of government, including institutions that monitor and control elections, and is relying on a compliant judiciary, and counting on a range of security forces that have played an active role in the harassment and repression of the opposition and other dissenting voices. What the regime no longer enjoys, is the popular support that carried President Buhari to a sweeping electoral victory in 2015, after three previous failed attempts.

See also  You Inspire Us, APC Governors Hail Tinubu at 69

Two years to the completion of the eight years tenure of Buhari, with the current economic situation so bad, and the government’s popularity so low, his designated successor is being schemed by a tiny but powerful force within the ruling APC and deeply entrenched self-serving interests in the villa.

The first step in this political chase game involves further discrediting the aspirations of the already dormant opposing Peoples Democratic Party candidates on charges of corruption, or “invitation to violence.” If this demoralization option fails anyway, a second step will be to cripple the PDP’s capacity to assemble the required force to pose a meaningful challenge at the election.

Numerous strategies are therefore being adopted to achieve the final destabilization of the PDP which involve engaging in a series of delays for the APC congresses and sequential changes of rules while strengthening the regime’s position with decampments of opposition state governors and Party bigwigs.

Already the main opposition PDP is facing a hard time as a result of this scheme, with the loss of some of its governors to the APC, and many other big boys to go soon.

According to reliable sources, in the pursuit of the latest game-plan against the PDP, arrangements have already reached an ‘advanced stage’ for former President Goodluck Jonathan’s formal defection to the APC in August 2021.

President Buhari is thus expected back in Abuja early enough to celebrate this big catch to give the 2023 agenda a more befitting strategic foundation.

These revelations of the express resolve of the close-knit circle of presidency cabal and kingmakers in APC to offer the party’s 2023 presidential ticket to Jonathan has potentially placed the ambitions of the Party’s long time loyalists and critical stakeholders from the Niger Delta in imminent jeopardy, as well as completely and permanently sealed the fate of the ambitions of politicians from the South East and South West.

While the national caretaker chairman of the APC, Mai Mala Buni is said to be eyeing the vice presidential ticket of the party, the unfolding plot does not appear to favor him as it is more in preference for a Jonathan/Malami ticket.

The plot has therefore already pitched the Governor of Yobe state, Mai Mala Buni, the minister of justice, Abubakar Malami, Borno State Governor, Umara Zulum, and Jigawa State Governor, Badaru Abubakar in a fierce fight for the vice presidency and at the same time schemed Elrufai, Ganduje, and Shettima out of the match and out of the cup, invariably.

See also  You Inspire Us, APC Governors Hail Tinubu at 69

In frantic moves that also nailed the ambitions of Tinubu, Osinbajo, Fasola, and Fayemi from the West, Amaechi, and Co. from the Niger Delta and almost the entire South Eastern bloc, Buni, Malami, and Badaru are already deep into discreet and desperate consultations, expanding their reach among stakeholders that include the clergy and monarchs across the northern and southern parts of the country.

Buni has expectedly used the goodwill he has acquired as the acting national chairman of the ruling party, to start building a formidable campaign structure ahead of the declaration of Jonathan as the party’s joker for 2023.

For the moment, it remains unclear how Amaechi, Tinubu, and the South East plan to respond to this impending political emasculation, and whether Jonathan would submit to what his fellow kinsmen see as a bait to diminish his acquired national and international reputation, by rubbing him into the failures of the current administration.

What is clear however is the unwillingness of the new thinking in the North which does not accommodate a non-competitive regional ceding of power in the first place? The North may also not be in hurry, in particular, to forget the shared legacy of bombs and bullets that were the Jonathan administration and would most certainly not hesitate to do with its Permanent Voter Cards what it did in 2015