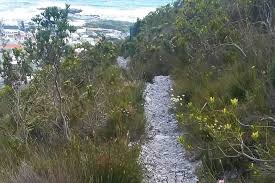 ·        My late grandmother asked me to return to my body, Woman Recounts Near-Death Experience

·        A highway suddenly opened up before me. It seemed to be going endlessly into the sky – Another survivor

“Suddenly amidst all this pain I saw a light very faint and in the distance. It got nearer to me, and everything was so quiet; it was warm, I was warm, and all the pain began to go; I was finally there, and I felt as if someone had put their arms around me. I was safe, no more pain, nothing, just this lovely, caring sensation.”

The narrative comes from a 48-year-old woman who, on one occasion, almost died from complications related to a spinal tumor. It evokes much of the general emotion associated with a classic tale of near-death experiences.

In 1992, a young African who had been attacked by a lioness after attempting to capture one of her cubs also recounted his near-death experience:

“I could see myself going into some kind of trance. A highway suddenly opened up before me. It seemed to be going endlessly into the sky. Along it were a lot of stars, also spreading up to the sky.

Each time I tried to get on the highway, the stars would block my way. I just stood there not knowing what to do. After a while, the highway and stars disappeared. I woke up and found myself in a hospital bed”.

Near-death experiences also referred to as NDE, are common globally especially in the Western world, and most cultures have an equivalent experience.

An NDE might involve walking toward a bright light at the end of a tunnel, meeting gods, speaking with relatives who are long-dead, out-of-body experiences (OBEs) or feeling bathed in light.

Meeting and greeting the dead is another commonly reported aspect of NDEs and can be partially explained away by expectations. Cultures are often filled to the brim with tales of heaven or some other type of afterlife where long-dead relatives eagerly await us.

In the same vein, people with Alzheimer’s and Parkinson’s are known to have vivid hallucinations of ghost-like entities; some report seeing dead relatives in their homes. These types of apparitions have been linked to pallidotomy lesions – a kind of neurosurgery used in some Parkinson’s patients.

A new study on near-death experiences featured 567 men and women whose hearts stopped while hospitalized in the United States and the United Kingdom.

Out of 28 survivors of cardiac arrest interviewed as part of the study, 11 recalled memories suggesting consciousness while undergoing cardiopulmonary resuscitation, CPR, and six of the 28 participants interviewed remembered the experience of dying. These recollections included one person who heard a deceased grandmother telling her to return to her body.

See also  Costa Rica 2022: Ghana, Nigeria Qualify For Next Round As 14 Others Know Fate Soon

Additional cardiac arrest survivors provided self-reports about what they experienced while their hearts stopped, which included perceiving separating from their bodies and meaningful examinations of their lives.

While finishing his medical degree at the University of London in the mid-90s, Dr. Sam Parnia watched as doctors attempted to revive a man in cardiac arrest.

As he stood there, he wondered whether the patient could hear the medical staff as they worked to revive him. Dr. Parnia asked himself, “What is life? When does it really end?”

Dr. Parnia, an intensive care physician, who is also an associate professor in the Department of Medicine at NYU Langone Health, as well as the organization’s director of critical care and resuscitation research, decided he was going to figure out the answer himself.

He thought the research might take a year or two. “Here we are 25 years later, and I’m still doing it,” Dr. Parnia told Medical News Today.

On November 6, he presented “AWAreness during REsuscitation II: A multi-center study of consciousness and awareness in cardiac arrest” at the American Heart Association’s Scientific Sessions 2022 Trusted Source in Chicago.

Dr. Parnia, who served as lead investigator of the study, explained that he and the other researchers undertook this research in an attempt to scientifically explore something that health professionals have discussed anecdotally for decades: The similar stories people revived by cardiopulmonary resuscitation (CPR) often tell about the time when their hearts stopped.

“For decades now, millions of people who’ve gone through this have reported having lucid heightened consciousness, even though from the perspective of their doctors they were not conscious and they were in death,” says Dr. Parnia.

The study centered around 567 men and women who received CPR after their hearts stopped beating while at one of 25 participating hospitals in the United States and the United Kingdom.

Of 567 subjects, 213 or about 38% experienced sustained return of spontaneous circulation, meaning their pulse was restored for 20 minutes or longer. Only 53, or fewer than 10% of the participants, lived to be discharged from the hospital.

Of those 53, 25 were unable to be interviewed by researchers due to poor health. The remaining 28 participants were interviewed two to four weeks after cardiac arrest depending on their recovery.

Sad end as 3 million people die of alcohol consumption yearly according to the World Health Organisation, WHO, as experts warn on dangers.
Read more
Health

Cardiac Arrest: Tales of people revived after their hearts stopped, as they tell their near-death experiences between life and death.
Read more
Load more