Covid-19: Nigerians at Cutting Edge of Scientific Research Into Treatment of COVID-19 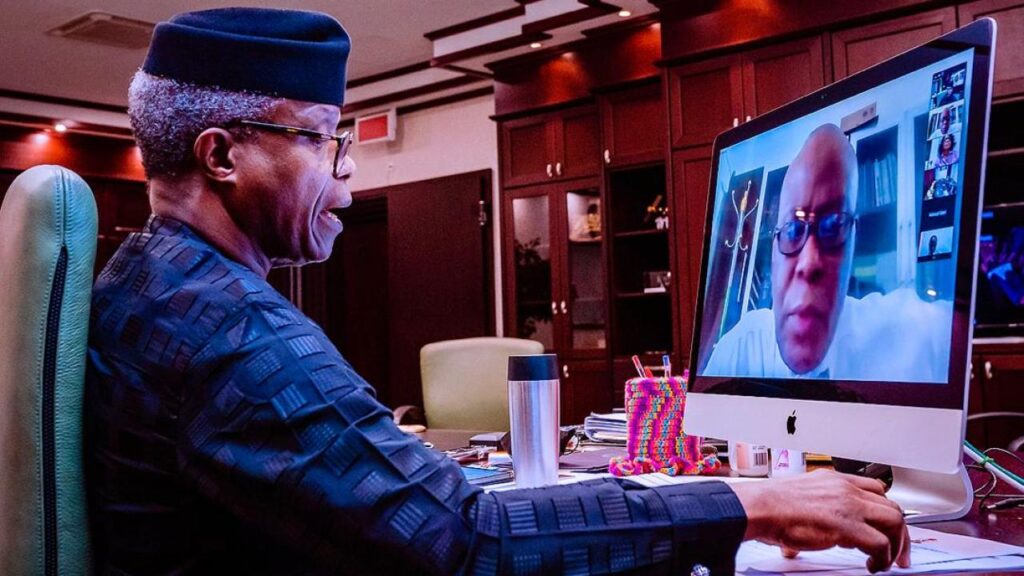 Vice President Yemi Osinbajo has lauded the efforts of a team of Nigerian professors and scientists investigating the effectiveness of Ivermectin drug in the treatment of COVID-19.

Ivermectin is a medication used to treat many types of parasite infestations.

Osinbajo’s spokesman Laolu Akande, in a statement on Monday in Abuja, said the vice president was briefed by a team of scientists led by Professor Femi Babalola, Principal investigator, and Professor Chris Bode.

The team, which is composed of Nigerian scholars at home and abroad, has also submitted its report on the usefulness of the drug to the World Health Organisation (WHO).

WHO has already appointed a Peer Review expert from the UK.

The vice president expressed excitement that Nigeria and Nigerians were at the cutting edge of scientific research into the COVID-19 treatment.

“We have an opportunity here and I am so fascinated to hear that this drug has been used in the treatment of River Blindness in this country”.

Osinbajo said Nigeria was at an advantage both in knowledge and availability of the drug as Ivermectin had been found useful not only in the treatment of COVID-19, but also as a prophylactic medication.

He added that the Federal Government would explore further ways to support the research for the benefit of Nigerians and humanity generally.

Babalola, alongside, Bode, commended President Muhammadu Buhari for encouraging the research and thanked the vice president for his personal role and support.

Other members of the group named IVERCOVID are Professor Lanre Adeyemo, Chairman of the Medical Advisory Council at LUTH and Professor Adesuyi Ajayi, a US-based Clinical Pharmacologist.

The Presidency has again reassured Nigerians on the safety and efficacy of the COVID-19 vaccine administered on President Muhammadu Buhari and Vice-President Yemi Osinbajo...
Read more
News

Japan and the United Nations Educational, Scientific and Cultural Organisation (UNESCO) have agreed to empower Nigerian women and girls in marginalised communities. This is contained...
Read more
Health

The vaccination of citizens against the dreaded Coronavirus has begun in Nigeria, with a family physician at the National Hospital, Abuja, Dr. Cyprian Ngon,...
Read more