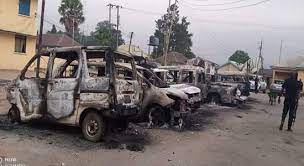 Fresh facts emerging from the Imo State police command indicated that the attackers of the state police headquarters on Monday, April 5, broke into the armoury at the state Criminal Investigation Department (SCID) and carted away about 21 firearms.

This is contrary to a report by the immediate past Inspector General of Police, Mohammed Adamu, affirming that the police armoury was intact as the hoodlums were prevented from gaining access into the facility and looting the firearms.

The attempt by the attackers to gain access to the Police armoury at the Headquarters was totally and appropriately resisted by Police operatives on duty who repelled the attackers and prevented them from breaking-in and looting the armoury. The armoury is thus intact”, Frank Mba, a Commissioner of Police and Force Public Relations Officer (FPRO), had said in a statement on Monday, April 5.

However, Scudnews investigations revealed that a situation report on the incident by the Imo State police command on Tuesday, has confirmed that the hoodlums broke into the state CID armoury and carted away 21 weapons, including nine AK47 rifles, eight AR rifles, one Chief Revolver, one Taka Rove pistol, and two Smoke guns.

It disclosed that 68 vehicles including patrol cars and those belonging to its personnel, were either burnt or vandalized, while 68 suspects in custody at the SCID and cells of the Quick Intervention squad, were released by the hoodlums.

Contacted on the development, the FPRO, Frank Mba said the statement issued by him on the situation at the police armoury in Imo State command was factual. “My statement is factual. The armoury is intact. I was in Owerri yesterday (Tuesday) and we insisted on seeing the armoury. It was opened and was found to be intact. Imo is an old command, so its armoury contains hundreds of assorted arms with thousands of ammunition and canisters. If it was breached, there is no way anybody can cover it”. 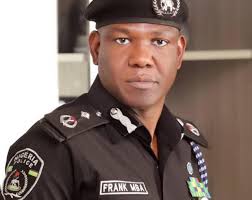 However, when reminded of the situation report of April 6 on the incident by the Imo State police in which it listed rifles and other weapons carted away by the hoodlums at the state CID, Mba said his statement was specifically on the state command armoury.

“I will find out…My statement was specifically on the state command armoury. Most state CIDs do not have a level 7 security armoury because they do not need it. They maintain a simple arm rack with few arms under level 2 or 3 security. State armouries have between level 5 to 7 security or more. It will be catastrophic to breach the Imo State command central armoury. That did not happen. And that is the crux of my message”.

Commenting on the development, a former director of the Department of State Service (DSS), Mike Ejiofor, said it is an indictment on the police if arms were carted away by the hoodlums during the attack on the Imo State police command headquarters.

“Well, my reaction is that we should rely on the police story, whether it is true or not, because if the police admit that the arms were carted away, it is an indictment on the leadership of the police. Before now, police arms have been recovered from bandits and so on, how did they get to them? For now, the police have not issued a statement of the arms that are said to have been carted away, but until the police admits, let us believe what they are saying.

And besides, I am sure it is among the things that made the president to act fast in removing the IG. He was too quick to issue a statement that the attack was carried out by IPOB. For ordinary people like us or analysts, yes, but for a person in authority like the IG, how will he issue a statement immediately that these people were responsible for the act. So what will he tell us at the end of his investigation? But the attack in itself, calls to question, the intention of the perpetrators.

If you recall, when the military launched this issue of Operation Python Dance over Nnamdi Kanu, I warned against it that if these people are pushed underground, it would be very difficult for government to get them to resolve issues just as what happened with Boko Haram when their leader was killed”.

- Advertisement -
Facebook
Twitter
WhatsApp
Linkedin
Previous articleIGP: We Can Do Nothing On Buhari’s Decision To Hire of Fire, Says Police Affairs Minister
Next articleSoldiers Kill 12 in Raid On Criminal Hideouts, Recover Arms in Benue

Chibuike Apolos, a man described as notorious in the drug trade and suspected major supplier of illicit drugs in Abia State, has been arrested...
Read more
Crime

Police operatives on a raid of a black spot in Calabar, Cross Rivers State, made a shocking find with the alleged recovery of 170...
Read more