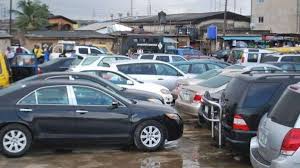 The Lagos State Task Force on Environmental and Special Offences have auctioned 44 vehicles for driving against traffic (one-way) in various parts of the state.

The auction was in accordance with the Lagos State Transport Sector Reform of 2018.

Spokesman for the Task Force, Adebayo Taofiq, during the auction which held at Alausa, Ikeja, said the exercise was not punitive but corrective in nature.

“The vehicles being auctioned today were apprehended and forfeited to the Lagos State Government for driving against traffic at different locations across the state. After the forfeiture, the law says we embark on auction but before we can embark on auction, we have to get a court order which we applied for and we were given the court order. After which, we made a publication informing interested members of the public, particularly owners of these vehicles to come today for the auction exercise”.

Taofiq said it was necessary to sanitise the state of careless and ignorant drivers and motorcycle (Okada) riders who had started misbehaving with impunity as if there was no law in Lagos.

“For instance, take the menace of the okada riders who use their bikes to rob victims across the state. Should the government fold its arms and watch as the standard of the state is being reduced to zero. Immediately after the EndSARS protest, Lagos was locked down by motorists driving against traffic, driving on BRT corridors and causing obstruction on highways, not minding security personnel on the road”.

He applauded the efforts of the Chairman of the Lagos State Taskforce, CSP Olayinka Egbeyemi, in sanitising the state against traffic offenders.

“Egbeyemi created an anti one-way team with the agency and divided them to different locations across the state. This include those monitoring the BRT corridors and those enforcing restricted routes for okada riders which is not an easy task to carry out but we just have to do it. The auctioning exercise being carried out is to serve as deterrent to others to desist from going against traffic rules and be orderly when on the road”.

Taofiq, also appreciated the Lagos State Governor, Babajide Sanwo-Olu for the support he had been giving the agency and all the enforcement officers across the state.

“If these laws can be adhered to, then there will not be much causalities at various hospitals because of okada accidents or from collision as a result of vehicles plying one-way. Those who drive against traffic usually hit people because when people want to cross the road they will not be expecting a car coming from the opposite direction. By the time we follow the law, there will be orderliness and sanity on our highways”.

Taofiq appealed to members of the public, particularly motorists and okada riders, to desist from contravening the Lagos State Transport Reform Sector of 2018.

“These includes driving against traffic, driving on BRT corridors and causing obstruction on the highway as part of the law because once you are caught, you will be charged to court. There is no alternative way to that”.

Taofiq, also advised people to stop inducing traffic officers with money whenever they were arrested, saying that “the same law that affects the bribe taker, also affects the giver”.

A lot of aggrieved owners of forfeited vehicles were present at the auction in an attempt to reclaim their once owned property that was about to be lost.

Offor told the court that he had little information about the case and so could not explain why Chikwendu and her legal team were absent in court.
Read more
Law & Judiciary

Enilobo directed that the defendant should be held in custody pending the legal opinion of the Oyo State Directorate of Public Prosecution (DPP).
Read more
Law & Judiciary

An Upper Area Court in Jos, Plateau State on Monday sentenced a businessman, Prosper Dala, to five years imprisonment for hitting a police officer in the nose.
Read more

The National Agency for Food and Drug Administration and Control (NAFDAC) has banned the registration of alcohol in sachets and glass bottles below 200ml.
Read more
Load more