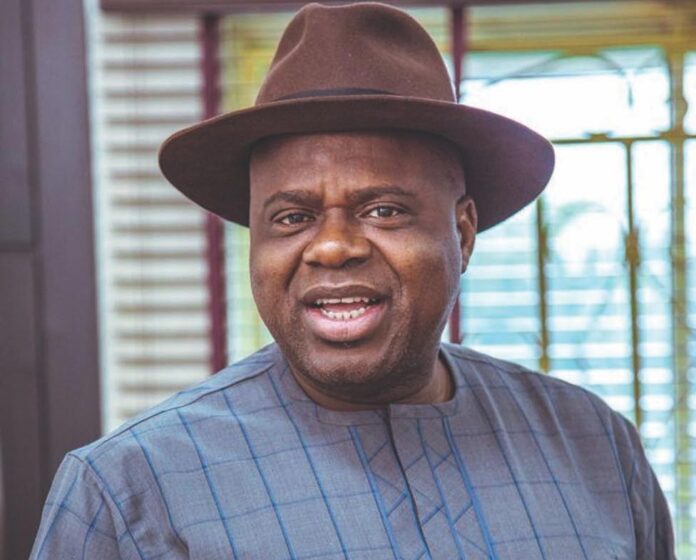 The Nigeria Union of Teachers (NUT) has issued a 14-day ultimatum to the Bayelsa state government to resolve all lingering issues with the union in the state or risk strike action.

The Bayelsa State wing of the union stated that it would have no other option than to embark on a strike action after the expiration of the 14 days ultimatum to the state government if the situation remained unchanged.

The union said it held series of meetings with representatives of the state and local governments last year over the lingering and protracted issues of non-payment and implementation of N30,000 minimum wage, promotions and salary arrears owed primary school teachers.

The union added that it also discussed other critical issues bordering on welfare of teachers and public education in the state, all without success.

The resolutions were reached after an emergency meeting by the State Wing’s Executive Council in Yenagoa, a communique signed by the State Chairman of NUT, Comrade Kalaama Tonpre and Secretary, Comrade Johnson Hector, stated.

The union expressed disappointment with government’s disregard to the series of negotiations and resolutions reached with the leadership of the union as to address the demands before December 2020.

The communique stated that several entreaties and representations were made to the Bayelsa State Government and Local Government Councils over the lingering, but protracted issues of non-payment/implementation of N30,000 minimum wage.

READ  We May be Forced to Embark on Fresh Strike -ASUU

It said that it raised issues concerning promotions and salary arrears owed primary school teachers and other critical issues bodering on the welfare of teachers and public education in the state.

It added that the State Wing Executive Council (SWEC) of the NUT held a crucial emergency meeting to reappraise the state of primary and secondary schools vis-a-vis the response of Government to the demands of the Union and resolved as follows:

it continued that: “In the light of the foregoing, SWEC-in-session resolved that an ultimatum of 14 days from date be given to the Bayelsa Government to fully implement the promotions and the N30,000 minimum wage to all primary school teachers and address other problems enumerated above. Should the problems mentioned above remain unresolved untill the expiration of the 14 days ultimatum, primary school teachers in the state would have no other option than to down tools. Without prejudice to the above resolution, the State Wing of the NUT is ever committed to working with the prosperity government to guarantee an enhanced public school system through better conditions of service and quality education delivery, but not when the teachers perish.”

Reacting to the communique, the Commissioner of Education, Mr Gentle Emelah, said welfare of primary school teachers, is the responsibility of the local government councils.

He said that in spite of that, the state government was working to meet the agreement reached with the NUT and appealed to the Union to soft pedal in the ultimatum to government.

He said: “I am aware, we had a meeting with them late last year and we agreed on certain terms and I think government is working on those terms as they were and one of those things is the issue of their promotion. Both the primary and secondary schools board, the SUBEB have organised promotion and it’s ongoing. Those are some of the agreements and conditions we reached. I am equally aware that concerning the primary school, which is worst hit, there was an agreement we reached where monies are being saved by local government councils because primary school teachers are being paid by the local government.

“It is not the responsibility of the state government, but it is only augmenting and assisting them to see that the issue is resolved. If government is doing its own bits to make sure that the agreement is fulfilled, I think they should soft pedal and I believe they will because we are doing all the things we agreed in that meeting,” he explained.

JAMB May Conduct Second UTME Due To Registration Challenges – Registrar

The Governing Board of the National Examinations Council (NECO) has approved the appointment of Mr Ebikibina Ogborodi as the Acting Registrar/Chief Executive...
Read more
Education