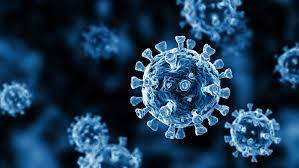 The NCDC made this known on its official website handle on Thursday morning.

The new infections indicate an increase from the 203 cases announced a day earlier.

It said the country’s COVID-19 cases continued to rise for seven consecutive weeks across Africa including Nigeria, signaling the third wave of the deadly Delta variant.

It stated that 238 additional new cases were reported from five states.

“The Lagos State where a majority of the cases were picked on Wednesday reported 181, while Akwa Ibom registered 45; Oyo announced 8, while Ogun and Ekiti recorded 2 and 1 each.”

The agency stated that eight people who had recovered from the disease had been discharged from isolation centers across the country.

The NCDC added that to date, 164,741 recoveries had been recorded nationwide in 36 states and the Federal Capital Territory.

It noted that there were two COVID-19 related deaths on Wednesday, and the country’s total fatality stood at 2,130.

The NCDC said the country had also tested more than 2.4 million samples for the virus out of the country’s roughly 200 million population.

It added that a multi-sectoral national emergency operations centre (EOC), activated at Level 2, continued to coordinate the national response activities.