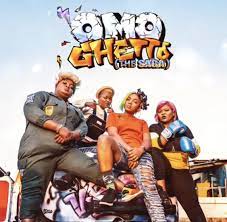 Omo Ghetto’ (The Saga),  a comedy movie by Nollywood actress Funke Akindele-Bello a.k.a Jenifa, will be premiere on Netflix on September 10.

The blockbuster was the first Nollywood film to cross N500 million in the Nigerian box office in February.

She wrote; “From the Ghetto to Netflix!!!!! #OmoGhettoTheSaga is coming to @naijaonnetflix this September.

“Get ready to experience the Saga all over again. #GetReady # September 10 #OmoGhettoTheSaga.”

The movie, which is a sequel to the 2010 trilogy ‘Omo Ghetto’, follows the story of Shalewa aka Lefty (Funke Akindele) was released on Christmas day 2020.

Lefty ( FunkeAkindele) struggled between living a life of wealth and comfort provided by her adopted mother or returning to her ghetto lifestyle.

Akindele, who produced and co-directed the film, played the dual role of Ayomide and Lefty.