PDP, Atiku, 2023 And Afegbua’s Attempt To Build The House From Rooftop 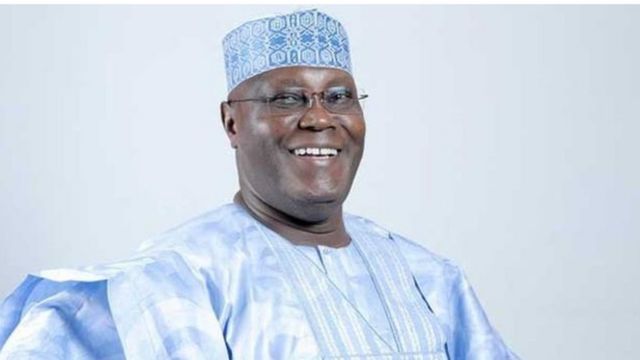 I read the piece that Prince Kassim Afegbua had to do about the 2023 elections and how he expended a lot of energy in trying to de-market his principal in the 2019 presidential election.

It is confounding to see that the Atiku Abubakar which Afegbua riled in his outburst is the same Atiku who he spoke in favour of some two years back! Clearly, Afegbua’s treatise is a murder of good conscience and loyalty.

It is surprising to see how, today, Atiku has suddenly become too ‘old’ to be elected a president, such that he was not two years ago when Afegbua spoke glowingly of him. Only Kassim himself can explain what went wrong, because, based on his own account of the relationship between him and Atiku was cordial and “sometime late last year that he was conscripted into a pro-Atiku strategy committee.”

For sure, Kassim is free to pitch his political tent wherever he wishes. What is not good enough is to engage in an emotional tirade that seeks to blackmail other people. At least an Atiku, who considers you a friend and aide! There is no morality that can explain that.

Like I said earlier, only Kassim can explain what severed his relationship with Atiku and at what point that happened; that being so, he cannot come around using the jaded idea of age and clamour for the southern president to justify his act of betrayal.

The Atiku of today is only three years younger in 2019 when Afegbua took up the role of his spokesman, making a passionate appeal to Nigerians to elect him as President.  We need to ask our friend what has happened to his sense of judgement within the space of three short years.  Is it a case of the gun going for a bigger hire? There is certainly something that our dear friend is not telling us and it is shameful that he is using two jaded concepts of age and power shift to camouflage his proclivity for political hara-kiri. Our friend said worse things about the re-election of Governor Godwin Obaseki of his home Edo State and he came back with a bloodied nose after the election. He is not strange to acts of political suicide and it is not surprising to see him go down a familiar way!

See also  Hushpuppi: His Strategy, Why Victims Fell For Scam
See also  Trump to Supporters: You Have to go Home Now

But to take the argument beyond the logic or lack of it in Kassim’s outburst is to begin to interrogate the two benchmarks of his position about the 2023 election and who should be Nigeria’s next president.

First and foremost, there is nothing in Nigeria’s constitution that says that older individuals cannot be elected President. What the Not Too Young advocacy entailed was to give room for younger individuals to be eligible as President. Also, there is not yet a scientific explanation that defines leadership by youthfulness. Some great Presidents and leaders the world over have been individuals who set their marks across all ages.

Thus, it will be illogical to say that, because the incumbent President Buhari has come short of expectation therefore all people within his age bracket cannot be good leaders.  There is also no guarantee that anyone below a certain age threshold will automatically be great at leadership. Leadership is a skill and it comes either from nature or out of good nurture – or, a combination of both.

The median age of governors in Nigeria, for example, is between 55 to 60 years. Does it mean that Governors in Nigeria have been exceptional at leadership in such a way that we can say that age is a determinant? What we have are a few remarkable individual governors who are well imbued with leadership skills.

The second leg of his argument is pegged on the clamour for a Southern President. It will not be the first time that some politicians have raised this flag of ethnic selection in order to position themselves in a vantage position to be elected president. While the politician is free to employ any stratagem to win power, it is the duty of the electorate to evaluate every random puny idea that the politician might want to use to hoodwink their sense of judgment.

Every stakeholder in the Nigeria Project understands that these are the most uncertain times for the country. The unity of the country is broken and a large number of the people are fast losing hope in democracy as an agency of good governance and economic prosperity.  At this threshold, Nigeria needs someone who can fix her brokenness and restore hope in her people about the inherent good in democracy as a system of government that works solely for the people. The very idea of democracy is antithetical to exclusion. If we are where we are today that democracy has not been working for our people that could very well be because this current democratic dispensation was birthed with the bad waters of ethnic selection rather than the requirement for competence. It is a situation that has exposed our democracy to Murphy’s First Law, as the concept of good governance continues to get worse after every successive administration since 1999.

Now, we cannot afford to continue kicking the same can down the same ugly road any longer. We do not have the luxury of time for such costly experimentation any longer! Anyone who comes to leadership post-2023 must merit being a president.

I have no issues with the Kassim jumping ship with Atiku. But I am deeply disappointed that the reasons he gave are as mundane as the very deficiency of patriotic values that has ruined our politics up to this point. The idea of power shift is an elite construct that has never worked in the interest of the Nigerian people for the past 23 years of our return to civil rule. Merely electing a Southerner as President can never be a solution to the myriad of problems that confront the nation. If Kassim Afegbua and his ilk feel that Atiku is not good enough for President based on his policy projections, good enough! But knocking a candidate out on account of ethnic selection will be another attempt to build the house from the rooftop.