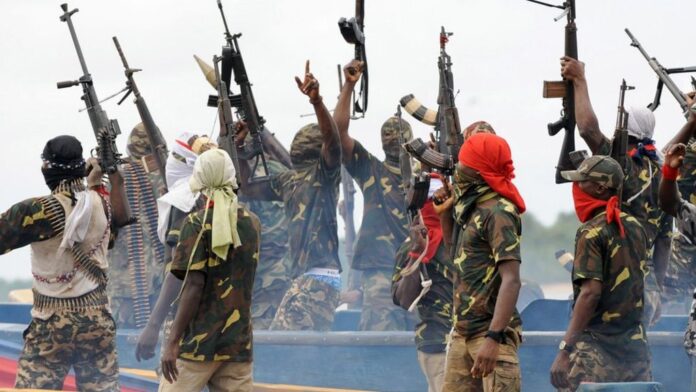 A militants group, Niger Delta Revolutionary Crusaders (NDRC), has threatened to resume hostility over the three percent for host communities in the recently passed Petroleum Industry Bill (PIB) by the National Assembly.

It said its commanders have returned to the creeks of the Niger Delta region waiting to strike.

The militants in a statement on Friday by its spokesperson, W.O. 1 Izon-Ebi, condemned the three per cent as well as the 30% for exploration of frontier basins in the passed bill.

The statement titled, “We Will Defend Our God Given Resources”, the militant group said it will fight until obnoxious sections in the PIB are reviewed by the National Assembly.

For 56 years, the region has suffered desecration of its sacred places like worship centres, lands, streams, lakes and the severe environmental degradation without remediation.”

The group described the PIB as a coup against the people of the oil-rich Niger Delta by the Nigerian State.

While the government and people of Zamfara state are allowed to control 100% of their gold resource (fiscal Federalism applying in Zamfara state), what the people of the Niger Delta region could get from their own natural resource is a paltry 3% for host communities and in contrast, a whopping 30% for exploration of frontier basins.

“This is an economic coup against the people of the region; it is an insult, a daylight robbery and betrayal by the Nigerian government.

“The region embraced peace because it was the most civilized thing to do in order to give way for proper dialogue, genuine government commitment and re-idealogical construct about the Niger Delta region.

“Unfortunately, about 11 years of giving peace a chance in the region, the Nigerian government has rather become ruthless to the region through obnoxious statutes. This are our genuine concern and our grievances.

“Therefore, we have directed our commanders in the region to go back to the creeks and wait for further directive on the next line of action. We will defend our resources and protect our region from further mindless pillage of our God given resources” the statement further added.

Leaders and stakeholders in the region, including governors and elder statesman Chief Edwin Clark, have rejected the three per cent allocation for host communities in the Bill.

They have also warned of imminent crisis in the region if identified and controversial clauses in the Bill were not reviewed by federal lawmakers.

See also  Ortom To Buhari: I Bear No Personal  Grudge Against You Over Benue Killings
...Insists, I expect the President to be the leader of every Nigerian

The police charged Adesoji, who lives in the Agbongbon area, Iyana Olunloyo, Ibadan, with one count of manhandling a corpse.
Read more
News

The theatre commander stated that the military had advised the governments on the need to adopt the system of involving the victims.
Read more