Plane Crashes After Take-Off With 62 Persons Aboard 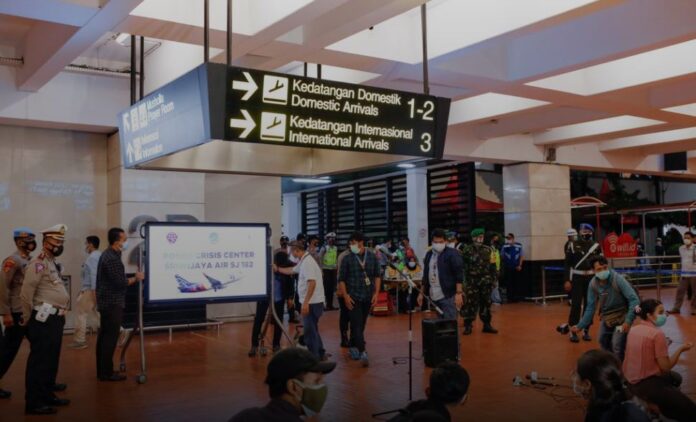 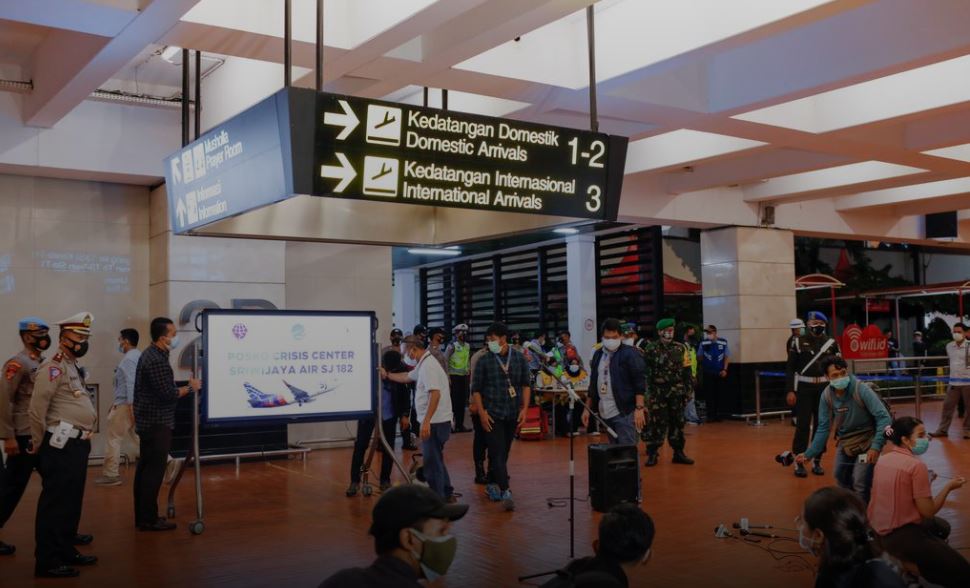 A Sriwijaya Air plane crashed into the sea on Saturday minutes after taking off from Indonesia’s capital Jakarta.

The plane was on a domestic flight with 62 people on board and their fate was not yet known.

The Boeing 737-500, en route to Pontianak in West Kalimantan, disappeared from radar screens after taking off just after 2.30 p.m. (0730 GMT) – 30 minutes after the scheduled time because of heavy rain.

Indonesian Transport Minister, Budi Karya, told a news conference that 62 people had been aboard Flight SJ 182, including 12 crew.

The detik.com website quoted him as saying the plane crashed near Laki Island, some 20 kilometres (12 miles) from the airport.

Rescue agency Basarnas said in a statement it would send a team to the Thousand Islands area to help in the search for victims “after the crash of Sriwijaya Air SJ 182″.

All those on board were Indonesian, Indonesia’s transport safety committee said.

Indonesia’s Navy had pinpointed the site of the missing aircraft and ships had been sent there, a Navy official said.

Authorities did not say whether they believed there were survivors.

Indonesian airline Sriwijaya Air’s Chief Executive, Jefferson Jauwena, told a news conference that the plane had been in good condition before the flight.

The nearly 27-year-old Boeing 737-500 was much older than Boeing’s problem-plagued 737 MAX model, one of which crashed off Jakarta in late 2018, killing all 189 people aboard the Lion Air flight.

Older 737 models are widely flown and do not have the system implicated in the MAX safety crisis.

“We are aware of media reports from Jakarta and are closely monitoring the situation. We are working to gather more information”, a Boeing spokeswoman said.

It then began a steep descent and stopped transmitting data 21 seconds later.

A Transport Ministry spokeswoman said air traffic control at Soekarno-Hatta International Airport had asked the pilot why the plane was heading northwest instead of on its expected flight path just seconds before it disappeared.

There were no immediate clues on what may have caused the sudden descent and safety experts said most air accidents are caused by a cocktail of factors that can take months to establish.

“We found some cables, a piece of jeans and pieces of metal on the water”, Zulkifli, a security official, told CNNIndonesia.com.

Distraught relatives waited at Pontianak, around 740 kilometres (460 miles) from Jakarta.

Yaman Zai, a father of three children, who were aboard the plane with their mother, said he was at the airport in Pontianak waiting for them when he heard the news.

“I will never meet her again” he said, holding up a photo of his oldest daughter.

The U.S National Safety Transportation Board will automatically be part of the probe since the plane was designed and built in the United States.

The airline has a solid safety record until now, with no onboard casualties in four incidents recorded on the Aviation Safety Network database.

The Boeing 737 is the world’s most-sold family of aircraft and has undergone several makeovers since it entered service in 1968.

The 737-500 is two generations of development before the most recent 737 MAX, which has been embroiled in a worldwide safety crisis following crashes in Indonesia and Ethiopia.

It does not use the software system implicated in those crashes.

Nonetheless, experts say planes such as Sriwijaya’s leased 737-500 are being phased out for newer fuel-saving models.

Civil jets typically have an economic life of 25 years, meaning they become too expensive to keep flying beyond that compared to younger models, but they are built to last longer.

Indonesia itself has a patchy air safety record.

In 2007, the European Union banned all Indonesian airlines following a series of crashes and reports of deteriorating oversight and maintenance since deregulation in the late 1990s.

The restrictions were fully lifted in 2018.

Between 2007 and 2016, the U.S Federal Aviation Administration lowered its Indonesia safety evaluation to Category 2, meaning its regulatory system was inadequate.

Indonesian officials say they have worked hard to bring a safety up to international standards. (Reuters)

Britain is launching a new visa system to make it easier for science, research and technology workers outside its shores to move to Britain,...
Read more
Foreign News

Six suspected drug dealers have been arrested in Berlin for allegedly running a cocaine delivery service in the German capital, investigators said on Tuesday.   About...
Read more
Foreign News