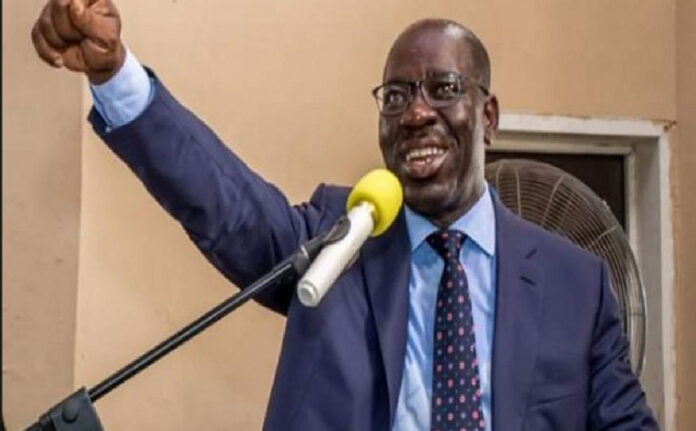 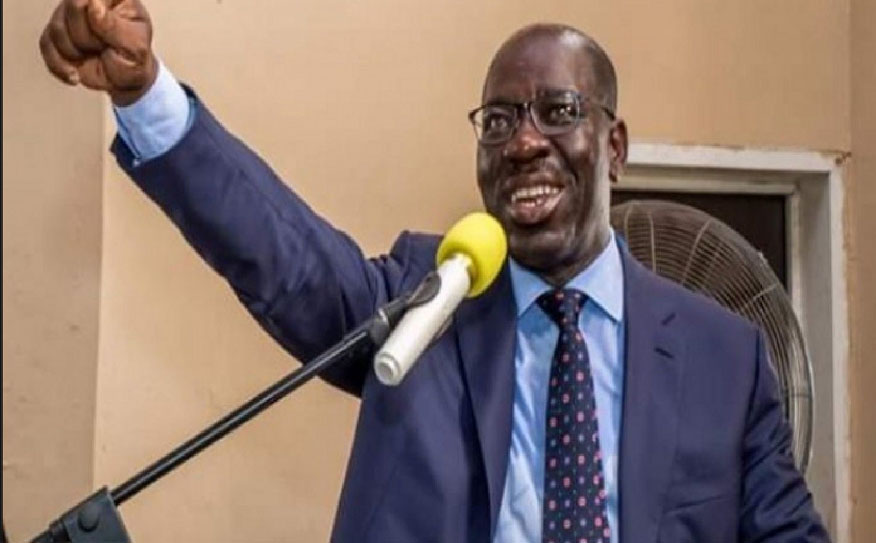 The Federal High Court Abuja, has dismissed the alleged certificate forgery case filed by the All Progressives Congress, (APC) and one of its chieftains, Mr Williams Edobor, against Governor Godwin Obaseki of Edo.

Delivering judgment in the suit on Saturday, Justice Ahmed Mohammed held that the plaintiffs failed to discharge the burden of proof placed on them, having failed to provide credible evidence to prove their case.

Justice Mohammed said there was no iota of evidence before the court to prove that Obaseki forged his O’level certificate or the degree certificate awarded to him by the University of Ibadan in 1979.

The judge maintained that the allegation of forgery the APC levelled against Obaseki bordered on crime and such an allegation was required to be proved beyond reasonable doubt.

“None of the witnesses called by the plaintiffs was able to prove that the certificate as forged. In fact, the witnesses admitted that none of them visited the University of Ibadan to confirm the authenticity of the certificate. The plaintiffs only relied on photocopies that were attached to the Form EC9 Obaseki submitted to the Independent National Electoral Commission (INEC)”.

The judge further said the discrepancies alleged by the APC on the degree certificate in question were adequately explained by the defendants that it happened because the size of the paper of the certificate was bigger than the A4 sized paper used for the photocopy.

The judge also noted that Obaseki called as one of his witnesses, a deputy registrar, legal of the University of Ibadan who identified the original certificate issued to Obaseki by the university in 1979 as authentic.

He said the witness also tendered the original certificates obtained by the governor from primary school through secondary school to HSC level.

He said in law, such documents were refered to as direct evidences showing that Obaseki did not forge any certificate.

According to the judge, this case is like that of a stranger claiming that the child has no father whereas the father is saying that this is my child.

The judge therefore held that the APC had failed to prove the allegation that Obaseki forged his primary, secondary and university certificates.

“It is the conclusion of this court that the plaintiffs failed to prove their case and so the plaintiff’s case has failed and is accordingly dismissed”.

The suit was filed by the APC and one of its chieftains, Mr Williams Edobor.

They dragged Obaseki to court for allegedly forging the University of Ibadan (UI) degree certificate he submitted to INEC to aid his qualification for the Sept. 19 governorship election in Edo.

In the suit filed on July 14, 2019, the plaintiffs asked the court to disqualify Obaseki and his party, from the poll, in the event that Obaseki was found to have forged his university certificate obtained from in 1979.

Sued alongside Obaseki and the PDP was the electoral umpire, INEC.

In adopting his written address, Obaseki’s lawyer, Mr Ken Mozia, (SAN) urged the court to dismiss the case of the plaintiffs on the grounds that they “woefully failed to prove the allegations made against the governor.

However, INEC’s lawyer, Mr Mohammed Bawa had informed the court that his client did not file any process because of its neutrality in the suit.

The plaintiffs, through their lawyer, Mr Akin Olujimi, SAN, however urged the court court to grant their claims and deliver judgment in their favour.

The plaintiffs had called six witnesses including two associate professors, who tendered their individual degree certificates obtained from the University of Ibadan in 1978 and 1979.

Ajayi had told the court that the fact that some parts of the original of Obaseki’s degree certificate were missing in the photocopy he attached to his form EC9 and 001 to INEC did not amount to forgery.

PDP and INEC, however, did not call any witness.

While the PDP attributed its reason to lack of time, INEC, said it was based on its neutrality in the matter.

Offor told the court that he had little information about the case and so could not explain why Chikwendu and her legal team were absent in court.
Read more
Law & Judiciary

Enilobo directed that the defendant should be held in custody pending the legal opinion of the Oyo State Directorate of Public Prosecution (DPP).
Read more
Law & Judiciary

An Upper Area Court in Jos, Plateau State on Monday sentenced a businessman, Prosper Dala, to five years imprisonment for hitting a police officer in the nose.
Read more

The National Agency for Food and Drug Administration and Control (NAFDAC) has banned the registration of alcohol in sachets and glass bottles below 200ml.
Read more
Load more