Home Crime Shell Staff, Two Others Killed After Hooking Up With ‘Lady’ on Dating...
Crime

Shell Staff, Two Others Killed After Hooking Up With ‘Lady’ on Dating Site 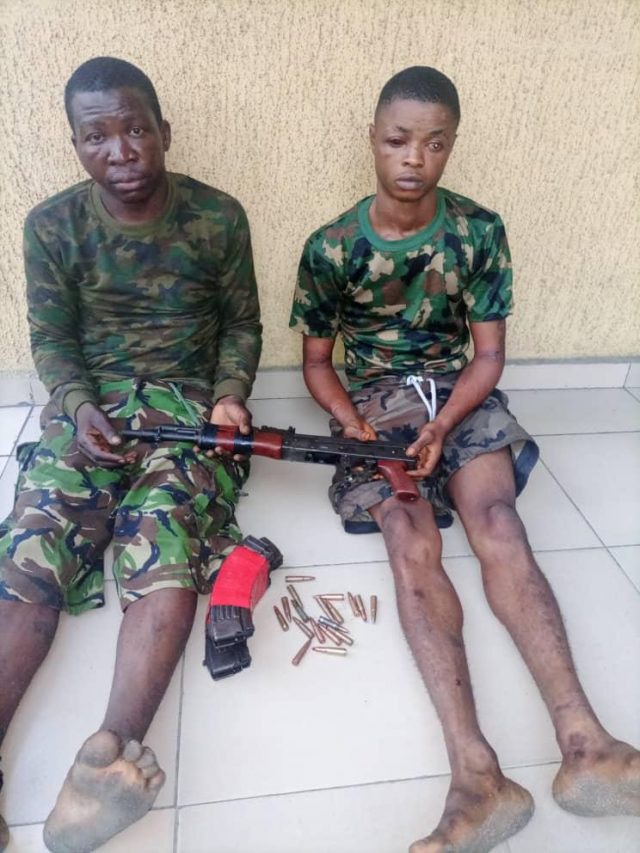 A man, Michael Victor, has been killed after hooking up with a supposed “lady” on a dating site, Tinder. Reports indicated the “lady” lured him to an isolated area and killed him.

Unfortunately, Victor didn’t know the “lady” he had been chatting with on the dating site was actually a man and member of a five-man gang, which specialized in using dating sites to lure people to lonely spots and thereafter collect their valuables.

The suspects do not only pretend to be women, but rich women, so most of their victims believe they would be going on a date with a rich woman, working in an oil company. The incident occurred at Rivers State.

Members of the gang, presently in police net, are Michael Eneji, aged 30, Nwachukwu Emeka,22; and Success Okeke, 27. Their activities were busted by operatives of the IGP Intelligence Response Team led by a Deputy Commissioner of Police, Abba Kyari.

Eneji and his gang members had also been allegedly involved in the abduction and murder of Shola Olaseinde and Progress Benin Disi, a worker with Shell Oil Services Company, using the same methodology.

The police said on January 12, the family of Victor lodged a complaint that he had been missing since January 6, compelling the police to launch an investigation and also began tracking of his phone.

Through intelligence gathering and with support from the Technical Intelligence Unit, Force Headquarters, Abuja, Eneji was arrested with two of his members.

Allegedly recovered from them recovered one AK-47 rifle and three magazines tied together, loaded with 18 rounds of live ammunition.

The Police said the suspects had confessed to have killed Victor on the very day they kidnapped him, and led operatives to Old Onne Road, where they had left Victor’s corpse.

It was, however, discovered that the Divisional Police Officer in-charge of the jurisdiction, a Superintendent of Police, Chukwuma Emeka, had already recovered the corpse and deposited it at Okirika General Hospital.

Eneji, a graduate of Business Administration, allegedly confessed that aside from posing as a female on dating sites, he also used to carry out some operations, pretending to be a Naval Officer.

“The case was about receiving a stolen phone, but I was later granted bail by the court.

“In 2014, I was arrested by Anti-Kidnapping Unit of the Rivers State Police Command.

“We usually pose as women on these dating sites.

“As soon as we get our victims, we arrange a meeting.

“If the targets are stubborn, we bring in our lady, who speaks with them via video calls.

“We also use a small Tecno phone, which enables us to change our voices from that of a man to a woman’s.

“Once I have been able to establish a contact, I go to the next stage, which is to convince the victim that I will satisfy his sexual urges.

“He’ll direct them to ‘my house’ and to convince them to come, I tell them I live in a mansion and don’t like being disturbed.

“Once they start coming, Success will redirect them, leading them to an isolated place, where we then ambush them.

“Dressed in Army uniform, we overpower them, tie their hands and legs, and then take their valuables such as ATM cards and other items.

“The role of Abubakar and Otuma is to tie up the victims.

“Emeka usually handles the AK-47, just in case of any attack.

“My work is to go to the bank to empty accounts of our victims.”

Eneji, who is married and has two children, introduced himself as a farmer, who breeds dogs.

He explained that after secondary school, he got admission into Cross River State University of Technology, where he studied Business Administration.

He worked with Crone Consulting Company for about a year, before he voluntarily resigned and decided to seek an alternative source of income.

He said: “Sometime in 2014, I met some friends who introduced me to Online dating fraud. We download pictures of beautiful women and use the pictures as cover to woo men. We have a girl on standby who used to pose and respond to questions just in case the men want to have a video chat with any of us. We used to lure victims to locations, where they would be robbed and forced to withdraw all the money in their accounts.”

Eneji said he and his gang members had been doing such crimes for years until one of their victims, Victor, died. It was at that point he decided that he was going to quit the game.

Recalling how he got involved in the business, Eneji said he had just returned from prison when his friend, Abubakar, came calling.

His words: “I tried my best to stay away from crime, but last October, I met Abubakar Sadiq. I used to know him as a fraudster and he was also the person that brought up the same business idea, which landed me in prison. I was broke and needed money, so I decided to help him. My job was to use the ATM and withdraw money from the account of his victims. I normally come to Con-Oil Filling Station along Onne Road where we converge to collect the ATM card.” He said the lady working with the gang is known as Joy.

She would invite the victims to her house, located along Airport Road in Igwuruta-ali and as soon as the victim got close, he would be abducted and dragged into the bush, where he would be held until every money in his account had been taken.

Eneji said: “The latest victim that landed us in trouble was picked by my friend Success. I was one of those wearing naval camouflage. We stopped and dragged him into the bush. I had stepped out with his ATM when security men on patrol passed by. I ran and was waiting for the password when Abubakar called and told me that the man was dead. We all went home, and two days later, police arrested me.

I am an ex-cadet. I went to Global Maritime Academy, but I did not graduate because the fees were too much. I used my pass to buy a cadet uniform. I only use the impersonation to make life easier for me. I also used to assist people to get bailed from the police station. I have an identity card, which police do not bother to confirm. I know it’s wrong, but in Nigeria, everyone fears the military.”

Eneji’s partner in crime, Success Chudi Okeke, a Micro-Biologist from Covenant Polytechnic, said he met Eneji some years back and since then they had been friends. Recently, he paid him a visit and in the course of their discussion, he begged Eneji to show the secrets of making money.

He said: “He told me that online dating was the way out. Initially I didn’t want to join, but things were difficult for me after graduation. I’m the first son and I wanted my parents and other siblings to see me as someone who is doing well.

My plan was to make some money and relocate to Lagos. He told me that my job was to pick our victims and move them to an agreed venue. They didn’t tell me that our latest victim died until police arrested me. It was at the police station that I identified him through the clothes he wore on the day we kidnapped him.”

Okeke explained that on the agreed date, the deceased gave him a phone number and asked him to pick him.

He said: “I called and told him that my madam, who works in an oil company requested that I should bring him to the house. I picked him at a bus stop near Con-Oil, along Refinery Road. On our way, we passed through the agreed spot and our gang members, dressed in military wear, stopped us.

It was around 8pm; they asked why we were passing through there, pretending to search us. They overpowered the man and dragged him into the bush.I was waiting for them to collect his ATM and password when I saw flash lights from security guards, who were on patrol. I ran away and later called Eneji, who told me to go home and wait till further notice. I was still waiting when policemen came to arrest me.”

NDLEA in Drug Haul in Rivers, Intercepts 115Kg of Cannabis