South-East And Season Of Extra-Judicial Killings 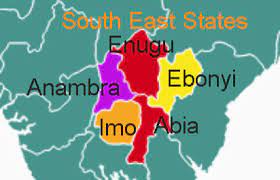 The South-East has remained a conquered territory since the Nigerian civil war ended over 50 years ago. Oftentimes, security operatives harass, intimidate, extort, torture and even kill innocent youths under different guises. Some of the incidents are reported. Some are not. The people appear caged. But there is always an end to every season.

For now, we are in the season of extra-judicial killings. International human rights organisation, Amnesty International (AI), in a recent report, chronicled the most recent killings in the region. According to the organisation, security operatives killed over 115 civilians between March and June this year.

AI added, “Nigerian security forces have committed a catalogue of human rights violations and crimes under international law in their response to spiralling violence in southeast Nigeria, carrying out a repressive campaign since January, which has included sweeping mass arrests, excessive and unlawful force, and torture and other ill-treatment.”

President Muhammadu Buhari had warned, a few months ago, that troublemakers in the region would soon have the shock of their lives. He made an allusion to his civil war exploits and said his government would treat such people in the language they understand.

“We are going to be very hard sooner than later,” he said.

Perhaps, this civil war language is what is playing out now. Otherwise, why would any sane soldier kill Mr Oguchi Unachukwu, a German-based Nigerian who was unarmed and posed no threat to anybody? The man was on his way to Owerri Airport to catch a flight en route from Lagos to Germany on May 31, 2021, when the officer of the Nigerian Air Force shot him dead at a checkpoint in Owerri.

In the same Imo State, soldiers also killed a 45-year-old man, Matthew Opara, who was going home from work at a place called Orji near Owerri in May this year. This man was the breadwinner of the family. But one moment of military madness has left his family traumatized.

This siege did not start today. In December 2015, soldiers killed about 12 youths and wounded many others at Head Bridge, Onitsha, in Anambra State. The crime of the victims was that they trooped out to jubilate after they heard that a court had ordered the release of the detained leader of the Indigenous People of Biafra (IPOB), Mazi Nnamdi Kanu.

In February 2016, some unarmed members of IPOB went to a school compound to hold a prayer session in Aba, Abia State. Some minutes after they started clapping and singing, security agents swooped on them. By the time the operation ended, 22 IPOB members were confirmed dead and over 30 others wounded.

In 2017, the military hierarchy launched what it called Operation Python Dance to consolidate the siege of the South-East. Although the intention was to restore sanity and security in the region, soldiers ended up intimidating and even killing people at random. Then, it became extremely risky for anyone to have a tattoo or to be seen with any insignia of Biafra. It could lead to one’s death. Some newspaper free readers and vendors, tricycle riders, artisans and passers-by were victims.

The security situation in the region worsened from January this year when security men became targets of attacks. In Imo State, about 21 policemen were killed. In Anambra, Abia and Ebonyi, dozens of security agents were also killed. Media reports attributed the killings to unknown gunmen. But Nigerian authorities believe the culprit is the Eastern Security Network (ESN), an armed wing of IPOB.

The ESN came about in the wake of the rising spate of insecurity, especially attacks by criminal herdsmen in the South-East and elsewhere. Security operatives were unable to contain such attacks. The South-East governors dilly-dallied on their promise to establish a regional security outfit. By the time they came up with Operation Ebubeagu to coordinate the security of the region, it was too late. Apart from Ebonyi State that has sewn a uniform for the outfit, Ebubeagu appears dead on arrival.

Besides, IPOB warned Igbo youths to steer clear of the government security outfit or risk joining their ancestors. The Nigerian government sees this and other activities of the ESN as an affront. Recall that the Federal Government had declared IPOB a terrorist organisation.

But in a bid to clamp down on the Biafran agitators, security operatives, most times, disregard the rules of engagement. Rather than go after identified criminals who are killing people and destroying private and public properties, they unleash their anger on innocent citizens.

Perhaps, the South-East is suffering this injustice because it has nobody to speak for it in top security circles. In the security hierarchy of this country, the Igboman is missing. When a decision is being taken at that level, nobody represents his interests.

Anarchy is what reigns in a society that cannot guarantee justice and security for its citizens. It has happened in Somalia, Iraq, Syria, Libya, Afghanistan and some other places. It is happening in the Tigray region of Ethiopia. Nigeria is coming close to it, as life in Africa’s most populous country has no value anymore. Herdsmen, bandits, hoodlums, terrorists, security operatives kill at will. The government we elected to protect life and property is handicapped and overwhelmed.

We must learn to stop doing things with impunity. All those found culpable in the extra-judicial killing of innocent citizens must be brought to justice. That is one major way the traumatized family of the victims will find some peace. And that is how to put a check on such killings.

There is a crime in every society. But what makes the difference between an advanced democracy and a crawling one like ours is adherence to the rule of law. Derek Chauvin, the police officer who killed a Black American, George Floyd, in the United States of America in May 2020, did not go free. He was prosecuted for the crime he committed and sentenced to 22 years and six months in prison in June this year. If I may ask, what has happened to the security agents that killed some youths in Onitsha, Aba, Owerri and elsewhere? Have they been tried and made to pay for what they did?

The Nigerian government should take charge of the security of the nation. Those who kill extrajudicially should be tried and punished according to the law if found guilty. Ultimately, dialogue and restructuring remain the best option for lasting peace in Nigeria.

Chief Femi Fani-Kayode had done the unthinkable and deservedly so, the news generated quite a number of controversies as manifestly.
Read more
Public Sphere

In his recent meeting with service chiefs in Abuja, President Muhammadu Buhari reportedly vowed not to exit government as a failure.
Read more
Public Sphere

Towards A More Perfect Union, By Kayode Fayemi

It is my pleasure to give the keynote address at this National Dialogue on Remaking Nigeria. I am really impressed by the great effort.
Read more