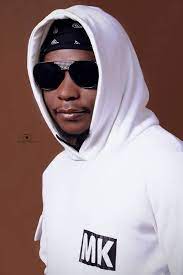 King said in Lagos that 25 percent of the money made from his debut single titled ‘Talk’ would be given to the downtrodden in society.

“I have loads of songs recorded already but Talk is more important to me for certain reasons.

“Talk was a song I composed during my downtime when my life had no bearings and I was deprived of love by my society.

“I was highly underrated. Everything I had was small, my pocket was small, my stature was small and everyone looked down on me except my family and few friends.

“So, when my story changed, I told myself I must do this for the downtrodden.”

According to him, Talk is for people who have been told they are not entitled to love because they are still in the process of getting there.

The artiste who said that the world was now centered on money and social media values advised his fans not to get threatened by life challenges.

“I am saying to my fans who I call King’s Family Club (FC) that you will get there. No matter what, stay true to yourself, and don’t get bullied or threatened.”

See also  I Was Raped Several Times by Armed Robber, Others — Iyabo Ojo

King said that his plan for 2021 was to make my Kings and Queens under the umbrella of King FC”.

Unemployed youths, people with special abilities, orphanage homes, and others who needed support in our society.

“I have told my manager to do so and it will be done, we can no longer wait for the government to do it all and that’s why everyone must give what they have to support the people of the country.

“Very soon, I will also announce my show which will be strictly for people with disabilities in Nigeria.”