A boy who returned home after sojourning for three years got more than what he bargained for when his mother found him with a gun.

21-year-old Adamu Abdul had thought his mother, Hauwa Abdul, would be drench in fear at the sight of his deadly weapon, but she unexpectedly proved him wrong.

Hauwa, a virtuous woman aged 41, courageously traded tackles with him and eventually handed him over to the police.

Residents of Yayu village in Bauchi State where the incident occurred watched with arms akimbo as the breath-taking drama played out at about 6.30.pm on Tuesday, September 7.

The distraught mum had risked her life to sustain her virtue, not minding if her son with bloodshot eyes could pull the trigger on the spur of the moment.

He did not, until the police who had been contacted by his mum moments earlier came and arrested him.

The police said a locally made pistol was recovered from Adamu and investigation was ongoing on how he came about the gun as well as his exploits.

For Hauwa, she had indeed, demonstrated that she was a woman of virtue, a trademark of sorts which she hopes to sustain in her lifetime. 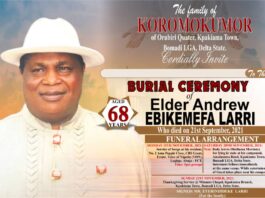 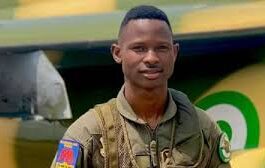 Bandits Were More Interested In Capturing than Shooting Me -Dairo, Pilot... 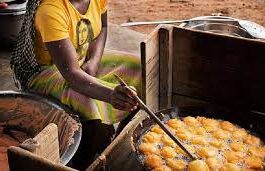 Abuja Community Where Baking Of Bean Cake Is Taboo