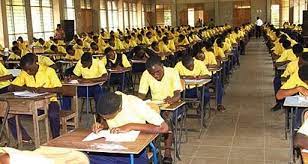 The West African Examination Council (WAEC) says it will do everything possible to stop special centers also known as ‘Miracle Centers’ for its examinations in the country.

Mrs. Eucharia Onodu, Deputy Registrar/Zonal Coordinator, WAEC in Enugu State made the vow in Enugu on Thursday at a stakeholders round table on how to end examination malpractice during West African School Certificate Examination and the National Examination Council (NECO).

The round table was organised by a group, Bursting the Myths of Miracle Examination Centre (BMMEC), Enugu in collaboration with the Anti Corruption Evidence (ACE) for stakeholders across the country.

Onodu said the council had put in a lot of measures to curb the menace in their examinations.

“We use unique Continuous Assessment of Candidates to identify candidates during exam registration.

“Miracle centres are not the making of WAEC and we are working seriously to stop it.

“WAEC does not register any candidate without the approval from the Ministry of Education.

“We have data of all the schools and if a school is coming for registration, we make sure the ministry of education endorses it,” she said.

The zonal coordinator reiterated that the council would sanction any school suspected of foul play and would stop excess registration and migration of candidates.

She added that when examination was on, WAEC officers would monitor and inspect centres and encouraged their supervisors to report cheating.

Groups and stakeholders in education on Thursday converged in Enugu to brainstorm on various ways to end examination malpractice in private schools during external exams.

Okoye said the group was partnering with the Anti-Corruption Evidence (ACE) to galvanise critical stakeholders at proffering solution to corruption in educational system.

Uzoma, from the department of Social Work, University of Nigeria, Nsukka (UNN) said research had shown that all over the world certificates acquired from Nigeria were being discriminated against due to condition it was acquired.

“We have analysed the data collated during our first stakeholders meeting and we are presenting the results for them to pledge as individuals or group on how to end examination malpractices.

“So we are partnering with ACE to see if we can find the root of the problem and identify best ways to solve it.

“And if we think it does not affect us, the children unborn will bear the consequences,” Okoye said.

She noted that they limited their findings to private schools as they were at the fore front of the miracle centres.

The don added that their findings indicated ‘hot spot’ zones for the miracle centres which are Kogi and Edo states due to the size and areas the exams were conducted.

Meanwhile, the State Director, National Orientation Agency (NOA), Kogi State, Mr. Mohammed Abdullahi said the report of the state being the hot spot zone for examination malpractice challenged him to engage on more campaign against it.

Abdullahi noted that many graduates embarked on it because there was no reasonable work for them upon graduation.

He said the agency had engaged various groups on value reorientation and urged youths to embrace Social Investment Programme of the federal government to reduce poverty.

Reports indicated that participants were officials of NOA, police, WAEC, NECO, media, NGOs among others.

UNIBEN’s Public Relations Officer, Ehanire, stated that the security report of a preliminary investigation into the case has been submitted.
Read more
Education

The governor, thereafter, called on the Commissioner for Education, Prof. Abayomi Arigbabu, to present cheques to the 2020 winners.
Read more
Education

This appeal is contained in a statement made available to newsmen in Akure by Mr Richard Olatunde, Chief Press Secretary to the Governor.
Read more
Load more