Woman from Hell Abandons Husband to Die, Attends to Dog 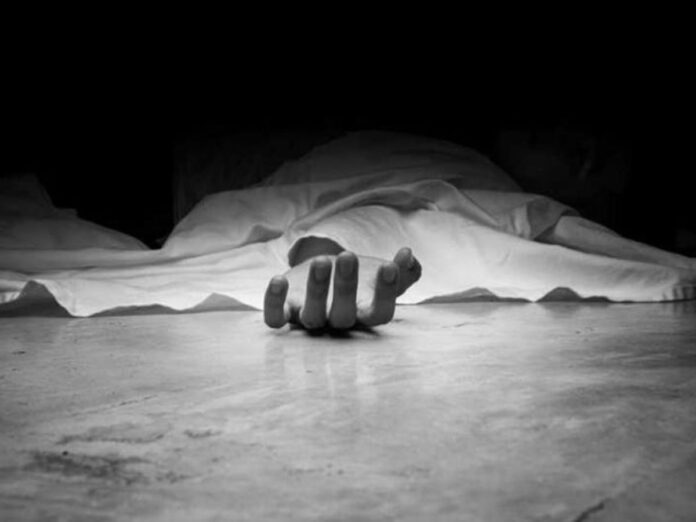 The police in Delta State are trying to unravel what prompted a 47-yrear-old woman to watch her husband die slowly without making efforts to revive him or call for help.

Rather than being concerned as the claws of death gripped her hubby menacingly and he lay motionless; his voice faded, the woman, Rachael Ogorno, looked the other way and tended to her dog. The incident occurred in the morning of Thursday, July 16.

Unknown to her, the husband, Julius Ogorno, aged 60, had before his last breath, made a distress phone call to one of his friends whose name was given as Pastor Stephen Ewuka. “Come quickly to my home to rescue me; my wife has killed me”, he had requested in a low whisper.

It was 7.20am and a distress call from Ogorno was the last Ewuka had expected. On arrival at his friend’s residence on Prince Sibakoro Street, Ugbolokposo, Ughelli South Local Government Area of Delta State, the spectacle that confronted him was stunning.

He stood helpless, as his friend laid unconscious. He was in pains, voiceless and too weak to bid him goodbye. However, the most traumatic experience for Ewuka was the scenario outside the house, where Rachael, Ogorno’s wife sat unperturbed, as she tended to her dog.

Her response to his enquiries on what happened to her husband left him perplexed. Rachael allegedly said she had to mind her business because her husband’s death was self-inflicted; that her husband drank Sniper, a popular insecticide.

He crashed in agony, but eventually summoned courage and did what he felt was the needful to ensure whoever was responsible for the cruel death of his friend was reined in. Ewuka reported the incident at a police station at about 4.20pm on the same day and she was arrested.

Rachael is presently in police custody, telling homicide detectives the circumstances surrounding her husband’s death, and would be arraigned in court on completion of investigations, according to Onome Onovwakpoyeya, a Deputy Superintendent of Police (DSP) and spokesperson for the Delta State police command.

“As the man died, his wife was arrested. She said the husband drank Sniper. We are still doing our preliminary investigation, after which the woman will be transferred to the State CID, and then eventually charged to court on completion of investigation”, she told Scudnews in a telephone interview on Thursday.

See also  INCREDIBLE!
Woman Raises Alarm, Says My Friend Has Sold 5 of Her Children
...No, I sold only 2 –Mum

By Murphy Ganagana   Alejandro Francisco Herrero, Ambassador of the Republic of Argentina to Nigeria, would be sleeping with an eye open. On Sunday, March 14,...
Read more
Investigation

* Abduct 1,160 persons in 4 months, 2,806 murder incidents recorded in a year *Police should come clean on statistics –Ejiofor, Ex -DSS Director  “We are in...
Read more