Labour Party Candidate for Delta State House of Assembly, Bomadi Constituency, Engr. Poweide Foburuku has said the fulfillment of campaign promises made by politicians seeking electoral offices was key to a nation’s development and growth.

According to him, the hallmark of a great leader and the strength of every Nation to achieve its goals were dependent on how various promises made were kept.

Foburuku who spoke in a telephone interview with our correspondent, affirmed his commitment to fulfilling his promise to build toilets in Okoloba Community, Bomadi Local Government Area of Delta State.

He provided roofing sheets which he had earlier promised for the roofing of public toilet buildings in the community.

In his words, “I am fulfilling the promise I made some time ago when Okoloba community women asked me to support them financially to build toilets because there was no single public toilet in the community.

He emphasised that fulfillment of promises and democratic principles are panacea for massive development and growth which Labour Party holds sacrosanct.

Foburuku noted that the only instrument through which good governance could be enthroned by the electorates in the forthcoming polls was the judicious use of the Permanent Voter’s card (PVC) in electing credible candidates into political offices.

He therefore appealed to the electorate to make the right choice by voting for all Labour Party candidates in the February general election. 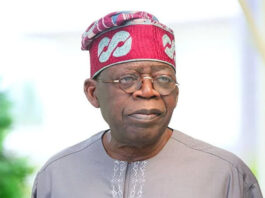 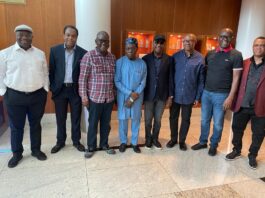