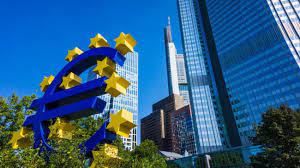 European Central Bank chief, Christine Lagarde, is expected to spell out details on Thursday of the ECB’s new monetary strategy after this week’s meeting.

This was overshadowed by concerns about the rise in new coronavirus cases around the world.

Analysts expected the ECB to leave its benchmark interest rates on hold at record lows amid signs of financial market volatility triggered by worries that the highly infectious Delta variant could destabilize economic recovery.

In his last meeting before the summer break, the ECB may also shed light on whether any adjustments were needed to its 1.85-trillion-euro (2.2-trillion-dollar) pandemic emergency scheme.

Originally introduced in March 2020 as the pandemic engulfed the 19-member eurozone, the Frankfurt-based ECB’s Pandemic Emergency Purchase Programme (PEPP) was aimed at shoring up the currency bloc’s economy as well as heading off the threat of falling inflation.

Analysts were not expecting Lagarde to signal any early moves by the ECB to begin winding back the PEPP, which was currently set to run until March 2022.

They had already circled the ECB’s September meeting as the likely date when the bank might begin outlining moves to reduce the PEPP.

A key part of the ECB monetary review announced this month by Lagarde was for the bank to adopt a fractionally higher 2-per-cent annual inflation goal.

The current target stands at below but close to 2 percent.

However, according to official data released last week, annual inflation in the 19-member eurozone edged lower from 2 percent in May to 1.9 percent in June just short of the ECB’s new target.

The ECB’s economic forecasts as set out in its latest staff projections released in June also see the inflation rate coming in at 1.9 percent this year.

In addition, markets would be watching Lagarde’s press conference for details on how the bank planned to align the higher inflation target with interest rates.

The ECB’s benchmark refinancing rate has been on hold at a historic low of zero since March 2016.