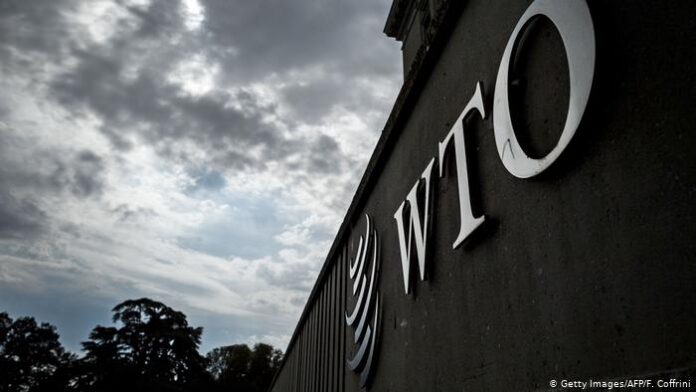 Members of the World Trade Organisation (WTO) have just agreed to appoint Dr Okonjo-Iweala as the next Director-General of the WTO. The decision was taken at a special meeting today, of the organisation’s General Council. Dr Okonjo-Iweala will become the first woman and the first African to head the WTO.

“Okonjo-Iweala will assume duties on March 1, while her term will expire on August 31, 2025, but it could be renewed,” the WTO said in a statement to mark the beginning of a period in her lifetime as leader of the Geneva-based global trade organisation. 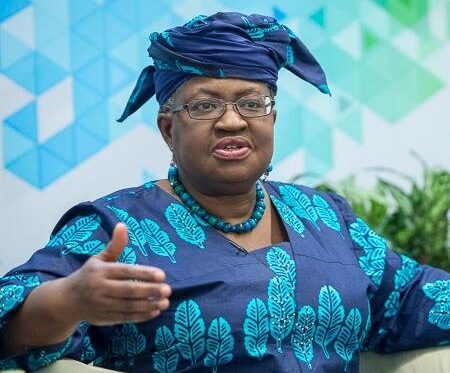 Okonjo-Iweala’s appointment has removed a key obstacle to the functioning of the WTO, which has been leaderless during a time of growing protectionism and global economic upheaval brought about by the pandemic.

Observers are of the view that Okonjo-Iweala’s tenure as WTO DG will witness robust transformations in trade negotiations and within the policy decision-making organs of the body, especially as they affect the developing world, given her track record.

“This is a historic moment for the entire world. I’m so glad to see a woman from Africa at the head. Europe is fully behind you. We support the reform of the WTO and will help you protect the rules-based multilateral trading system,’’ the European Union Commission President, Von der Leyen said on Twitter.

Lagarde, on her part, noted that she had known Okonjo-Iweala for many years, and stressed that “her strong will and determination will drive her to tirelessly promote free trade to the benefit of people worldwide.”

The comments by Von der Leyen and Lagarde were not meant to flatter Okonjo-Iweala. Their comments clearly underscored what is expected of Okonjo-Iweala, who replaces Brazil’s Roberto Azevedo, following his resignation from the position about one year – a move which ended any possibility of a second term for him last August.

Russia has also expressed its readiness to cooperate with the newly-appointed Director-General of the WTO.

In a statement on Tuesday, Russian Economic Development Minister Maksim Reshetnikov said “We intend to constructively cooperate with the new director-general, assist her in efforts to improve the organisation for the benefit of its members and improve the efficiency of regular work and negotiations at the WTO.

READ  My Journey To COVIDOM

“I am sure that the professional background of Okonjo-Iweala and her authority in the international arena will allow her to successfully tackle urgent issues the WTO is facing, strengthen the organisation’s key role in multilateral trade system, contribute to reaching compromise on key issues regarding reforming the WTO, which will eventually make a significant contribution to the world economic recovery.’’

The minister recalled that Russia consistently advocated for the early appointment of a new WTO head and actively participated in consultations with other members of the organisation on this issue. China has also expressed full confidence in Okonjo-Iweala’s appointment as the WTO director-general.

“China also anticipates that Okonjo-Iweala will help the 12th WTO Ministerial Conference achieve positive results, advance necessary reforms to the WTO, and uphold and strengthen the authority and effectiveness of the multilateral trade system,’’ the country’s ministry of commerce said in a statement.

“As a responsible major developing country, China will firmly support the multilateral trade system, take an active part in the WTO reforms and support the work of the director-general, to help the WTO make greater contributions to improving global governance and the well-being of peoples all around the world.’’

Corroborating the views of Von der Leyen and Lagarde, Nigeria’s President Muhammadu Buhari in a congratulatory message noted that “Okonjo-Iweala’s track record of integrity, diligence, and passion for development will continue to yield positive results and rewards for mankind.

The President expressed the hope that Okonjo-Iweala, “who over the years set major records of economic reforms in Nigeria as Minister of Finance, and later Minister of Foreign Affairs, would excel in her new position. Buhari said he expected the former Nigerian minister to validate the global mandate of repositioning and strengthening the WTO, which was founded in 1995 for the good of all.

Speaking in the same vein, Dr Efem Ubi, the Director of Research, Nigerian Institute of International Affairs, NIIA, expressed confidence that Okonjo-Iweala will excel as the DG of the global trade body.

According to him, Nigeria’s Okonjo-Iweala should step up efforts to resolve the ongoing trade tensions between the world’s two foremost economies – China and the U.S. Ubi also urged African countries to seize the opportunity of the expertise and position of Okonjo-Iweala, and the recently ratified African Continental Free Trade Area (AfCFTA) to promote trade and grow their individual economies.

“I expect her to influence the management of some of the WTO’s policies and decisions, but not to change the laid down rules of the WTO because those ones are beyond her powers. She can influence decisions and policies that over the years may not have been in favour of Nigeria, Africa, and the developing world generally. Okonjo-Iweala is a very intelligent woman, who has garnered a lot of experience, exposure, and respect globally working with the World Bank and rising to the position of the bank’s MD. She also served two governments in Nigeria as finance minister and coordinating minister for the economy. So she will definitely bring these to bear on the job,’’ Ubi added.

Dr Muda Yusuf, the Director-General of the Lagos Chamber of Commerce and Industry, argues that African governments should shore up their capacity for international competitiveness to fully harness the opportunities offered by AfCFTA, WTO, and Okonjo-Iweala’s position.

According to Yusuf, Okonjo-Iweala’s emergence comes at a time the global trading system is faced with numerous challenges including supply chain disruptions precipitated by the Coronavirus pandemic (COVID-19).

He said rising levels of protectionism and unilateralism, growing economic nationalism, imposition of trade restrictions covering a substantial amount of international trade, as well as trust and credibility concerns among members, are some of the other challenges.

“While the emergence of Dr Okonjo-Iweala as the new WTO Director-General is very gratifying and calls for celebration, there is need to manage expectations around the outcomes for the Nigerian economy, given the numerous productivity and competitiveness issues the country is grappling with.

“According to the United Nations Conference on Trade and Development, Africa’s trade with the global community between 2015 and 2017 stood at an average of $760.1 billion, compared with Asia’s ($6.8 trillion), America’s ($5.1 trillion), and Europe’s ($4.1trn). These numbers indicate that Africa is not a major player in global trade and Nigeria’s share in global trade is even more insignificant,” Yusuf said in a statement.

Dr Okonjo-Iweala has already given an insight to what the world should expect during her tenure as lead of the global trade organisation. In her acceptance speech, she stressed that a key priority for her would be to breathe new life into the Appellate Body. She further said that she would work with WTO members to quickly address the economic and health consequences brought about by COVID-19. Another key priority, according to her, is to get prolonged and delayed trade talks on fishery subsidies across the finish line.

“I am honoured to have been selected by WTO members as WTO Director-General,” Okonjo-Iweala said in a statement. A strong WTO is vital if we are to recover fully and rapidly from the devastation wrought by the COVID-19 pandemic. I look forward to working with members to shape and implement the policy responses we need to get the global economy going again. Our organisation faces a great many challenges but working together we can collectively make the WTO stronger, more agile, and better adapted to the realities of today.” She added. The 66-year-old new WTO chief is regarded as a skilled negotiator and consensus builder, having gathered experience in Africa, Asia, Europe, Latin America, and North America.

Some observers have, however, argued that among other challenges, the benefits derivable from WTO are not shared equally with historical accounts showing that the gap between the rich and the poor continues widening, others are optimistic that though Okonjo-Iweala should be an impartial, unbiased, neutral, fair, and independent presider of the affairs of the WTO during her tenure, she should be able to bring her leadership qualities to bear on addressing the discrepancies between the rich and poor countries. Analysts believe that once these are done, Okonjo-Iweala would have succeeded in taking the WTO to unprecedented heights.

Unarguably, expectations are high across Africa following the emergence of Dr Ngozi Okonjo-Iweala as Director-General of the World Trade Organisation (WTO). For a continent that...
Read more
Public Sphere

The Contributory Pension Scheme (CPS) was introduced in 2004 by the then President Olusegun Obasanjo’s administration in order to address the problems of late...
Read more
Public Sphere

Who is Afraid of An IGP From The South?