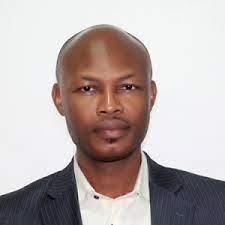 Moo is that long, deep sound a cow makes intermittently. It can be irritating sometimes. Figuratively speaking, the Attorney-General of the Federation and Minister of Justice, Abubakar Malami, SAN, made a moo last week in a failed attempt to defend wandering cows and those herding them.

In an interview on Channels Television, Malami described the ban on open grazing of cattle by the Southern Governors’ Forum as unconstitutional.

Southern governors had, in their meeting in Asaba in Delta State, penultimate week, banned open grazing as part of measures to stem the tide of killings and kidnappings by criminal herdsmen in the region.

But to Malami, banning open grazing “is as good as saying, perhaps, the northern governors coming together to say they prohibit spare parts trading in the North.” In critical thinking, this argument is called the fallacy of faulty comparison of false equivalence.

In other words, it amounts to comparing apples and oranges. Spare parts dealers are legitimate businessmen. They rent shops, which they renew annually. They don’t attack anybody. They don’t destroy other people’s means of livelihood. They don’t kidnap or move about with AK-47 rifles.

On the contrary, criminal herdsmen invade people’s farmlands at will. Their cows destroy economic crops. And when farmers react, they maim or kill them and rape their women. Some of them also kidnap people for ransom.

Recall that when the South-West governors established Operation Amotekun security outfit last year, Malami condemned it, saying it was illegal. He also once said that the rule of law was subservient to national security.

See also  Tribute: ‘For Joshua Dogonyaro, A Star Snapped’, By Ibrahim B. Babangida

Nevertheless, many individuals and groups have replied to him in kind. Some even called for his removal as the AGF. As the chairman of the Southern Governors’ Forum and Governor of Ondo State,  Rotimi Akeredolu, aptly put it, Malami’s statement was unfortunate and unexpected from a Senior Advocate of Nigeria (SAN).

Akeredolu added: “Comparing this anachronism, which has led to the loss of lives, farmlands, and property, and engendered untold hardship on the host communities, with buying and selling of auto parts is not only strange, it annoyingly betrays a terrible mindset. The decision to ban open grazing stays and it will be enforced with vigor.”

Ironically, even the national patron of the Miyetti Allah Cattle Breeders’ Association of Nigeria, Senator Walid Jibrin, reportedly said open grazing by herdsmen was outdated. He commended the southern governors for the ban. Also, the Northern Governors’ Forum and the Nigerian Governors’ Forum have all banned open grazing in the country. So, whose interest is Malami serving?

In an interview he granted Saturday Sun last Saturday, Bodejo instructed his men to disobey the directive of the southern governors to stop open grazing in the South. He said the governors had no such right; and that they were all jokers plotting to take over the cattle business in Nigeria.

In any case, why did Malami single out spare parts in his fallacious comparison? Why not foodstuff dealers, or bureau de change operators? The reason is simple. Spare parts business is peculiar to the Igbo. So, the game is probably to stigmatize the entire ethnic group as was done after the 1966 coup and turn the rest of Nigerians against them.

See also  Ortom To Buhari: I Bear No Personal  Grudge Against You Over Benue Killings
...Insists, I expect the President to be the leader of every Nigerian

This pattern has been consistently used in recent times. Two months ago, the Code of Conduct Tribunal’s chairman, Danladi Umar, allegedly assaulted a security man at a shopping plaza in Abuja. The incident engendered some form of commotion. Umar attributed it to the handiwork of Biafran boys.

Recently, the Lagos State Commissioner of Police, Hakeem Odumosu, raised the alarm that members of the Indigenous People of Biafra (IPOB), were planning to attack Lagos. How he got his ‘intelligence’ report remains a puzzle.

During the #EndSARS protests of last year, there were attempts to heap the blame for the destruction in some parts of Lagos and elsewhere on Igbo youths.

So far, these attempts to call a dog a bad name in order to hang it have failed. Many Nigerians are wiser now and can easily identify statements that are based on false logic. They lash out at whoever comes up with cock and bull stories these days.

Besides, southern Nigeria is also getting wiser. Before now, the South was seriously fragmented. There was mutual suspicion between South-West and South-East. The South-South was in the middle with its own fears and suspicions. Today, the scenario is gradually changing.

See also  Who Wants To Overthrow Buhari?, By Fredrick Nwabufo

The North, on the other hand, was regarded as one. Today, the North-Central or Middle Belt region is unhappy in its relationship with the core North. Sadly, that region has become the butt of attacks from Fulani herdsmen. Benue State governor, Samuel Ortom, even alleged recently that Miyetti Allah targeted him for elimination.

He decried the Federal Government’s poor handling of security in Nigeria and literally accused President Muhammadu Buhari of being President of the Fulani.

The President has worsened this ethnic mistrust and hatred with his nepotistic tendencies. He does not even respect competence in his bid to favor his people.

Malami’s faux pas, for instance, equates with what has just been reported at the Ministry of Agriculture and Rural Development.

In a thoughtless and strange move, the ministry awarded an N30 million contract for the building of a Friday mosque for livestock farmers displaced by Boko Haram insurgents in Borno. The ministry even tried to justify this tomfoolery. Anyway, this is a story for another day.

A few days ago, many Nigerians called for the sacking or resignation of the Minister of Communications and Digital Economy, Dr Isa Pantami. He had expressed views sympathetic to such groups as al-Qaeda and Boko Haram.

But, curiously, the Presidency came to his defence. It said those statements were made when he was in his 20s and that he was a changed man now.

These perfidious acts only confirm the sly nature of politicians and their acolytes. The consequence is that a nation of intellectuals and high net worth individuals has been reduced to a laughing stock in the comity of nations.

The future is ominous and pregnant. We desperately need redemption in the area of leadership. It is my sincere hope and prayer that we shall overcome someday, those making moos notwithstanding.