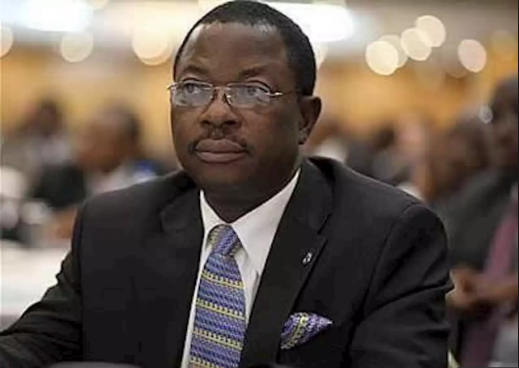 The ongoing trial of Erastus Akingbola, a former Group Managing Director of the defunct Intercontinental Bank, continued on February 19, 2021 before Justice A.O. Faji of a Federal High Court, Ikoyi, Lagos with a witness of the Economic and Financial Crimes Commission, EFCC, Babatunde Aro, narrating how the defendant allegedly bypassed banking protocols to transfer $11.8million and £8.54million offshore without recourse to the bank’s standard procedures.

Akingbola is being prosecuted by the EFCC for an alleged N179billion fraud committed by him while he held sway at the Bank. He is alleged to have perpetrated the fraud using suspicious financial transactions. He pleaded “not guilty” to the allegations.

Testifying as the fourth prosecution witness, Aro, who works with Access Bank Plc, as Head, Global Compliance Advisory, told the Court that he was part of an audit team that investigated a number of suspicious foreign transactions including the ones involving the $11.8million and £8.54million. It will be recalled that Access Bank acquired Intercontinental Bank when it became financially distressed.

Led in evidence by Rotimi Jacobs, SAN, the witness who then worked at Intercontinental Bank, told the Court that around November/December 2009 he was coopted into a team set up in internal audit “to review and investigate some foreign transactions”.

According to him, in the course of investigating the suspicious transactions, it was uncovered that: “On the 11th March 2009, the sum of £8.54million was transferred from the bank’s Deutshe Bank Nostro account to a certain Messrs Fugler Solicitors on the instruction of Dr. Erastus Akingbola, Wilson Uwujaren, Head, Media and Publicity of the EFCC, said in a statement on Monday.

“The instruction was not signed and at that time his Domiciliary account with the bank had $19 and £10,000.

“The Visa Card account was also not funded at that time, so also the Naira account of Dr. Erastus Akingbola with the bank did not have the equivalent of £8.54million.”

READ  N2Bn Fraud: Why I Escaped To Niger Republic –Maina

“However, there were no corresponding amounts in the account of Dr. Akingbola at these times, and the instruction with which the transfer was effected was unsigned.”

He further added that “contrary to normal procedures for such transactions, there were no corresponding deduction of charges from Dr. Erastus Akingbola’s account before effecting the payments”.

Identifying the bank statements of the said transactions in Exhibit L, he noted that “the authenticated message transmitted to the correspondent bank showed the sender as Intercontinental Bank, and the receiver as Deutsche Bank.

“The ordering customer on the document being Dr. Erastus Akingbola and it shows the beneficiary bank account as Fugler’s Client Account.

“Details of charges was stated as OUR meaning the person sending will pay to both himself and party sending the money to.”

While noting that Akingbola was the Group Managing Director of the bank at the time he gave the instruction, he stressed that the said instruction which was authorised by a manager at the bank, ought to normally have been declined.

He said: “Normally an instruction without a signature will be returned to the customer, or the customer will be asked to come and sign else the bank will return it and not process it.

“Even if it is after verifying his position with the bank, the transaction will be declined on the basis of insufficient funds.”

The case has been adjourned till March 1.