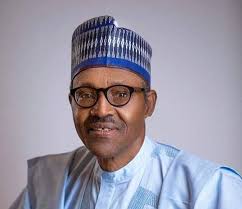 Authorities in the neighboring West African nation have insisted on a fair trial for Igboho before yielding to the demand.

The Beninoise government said it won’t handle a request for extradition without first trying him for the local offense he was arrested for.

Igboho was arrested on Monday night in Cadjèhoun Airport, Cotonou with a “fake” Beninese passport while trying to flee to Germany.

He is expected to be arraigned for immigration-related offenses in the Benin Republic later today after a spirited move by the Buhari government to bring him back to Nigeria.

Yoruba nation activist had hired a Beninois defense attorney, Rafael Huvehnou. Huvehnou is currently an attorney to the President of the Benin Republic.

Igboho may be granted bail today.

“We went to court at Cotonou today but they didn’t bring Igboho to court, so we called his lawyer. He was in safe hands at Cotonou Criminal Brigade where he was detained. They will take him to court today.

“Igboho has given a statement to the police. He was traveling with a Beninoise passport adjudged to be fake.”

The Nigerian government, through its Ambassador to the Benin Republic, Tukur Buratai, is bent on extraditing Igboho to Nigeria.

It was learned that the former Chief of Army Staff wrote two letters to the government of the West African country and insisted on the arrest and extradition of Igboho.

Buratai had in the letters described the activist as a terrorist and murderer.

“Nigeria had written two letters to the West African state, describing Igboho as a terrorist and murderer. The first letter was written on July 7th. A second letter describing his bodily features was passed on to the Benin Republic yesterday.”

The Department of State Services (DSS) had on July 1 raided the residence of Igboho in Ibadan, Oyo State.

Igboho had planned a ”Yoruba nation Rally” in Lagos two days before the raid.

The agency alleged that Igboho was stockpiling weapons, and subsequently declared him wanted. The agitator has been on the run since the raid.

The police charged Adesoji, who lives in the Agbongbon area, Iyana Olunloyo, Ibadan, with one count of manhandling a corpse.
Read more
News

The theatre commander stated that the military had advised the governments on the need to adopt the system of involving the victims.
Read more