Nigeria has become a nation of one week, multiple troubles. I had suspected that something sinister was in the offing when the Independent National Electoral Commission (INEC) spoke from two sides of the mouth concerning the recent primary election of the All Progressives Grand Alliance (APGA) in Anambra State.

INEC came to observe the primary election of the Victor Oye-led APGA on June 23 this year. Shortly after, INEC’s national commissioner in charge of publicity and voter education, Mr. Festus Okoye, reportedly said APGA had been barred from the poll for not complying with Section 85 of the Electoral Act 2010 as amended. According to him, the party did not notify the electoral umpire when it held its ad hoc congress to elect ward delegates for the party’s governorship primary.

The chief press secretary to the INEC chairman, Mr. Rotimi Oyekanmi, countered Okoye. According to him, there was no faction in APGA. “The officers of APGA are on our website.

Their names have not been changed. The chairman came to our stakeholders’ meeting and he was welcomed.”

He added that there was no time that INEC said APGA would not be on the ballot.

Last Friday, the electoral umpire listed the governorship and deputy governorship candidates of 17 political parties for the November 6 governorship election in Anambra State.

Conspicuously missing from this list are the two frontline candidates, Professor Charles Chukwuma Soludo of APGA and Mr. Valentine Chineto Ozigbo of the Peoples Democratic Party (PDP). INEC said it removed Ozigbo’s name due to the subsisting court order on the primary that produced him.

It replaced Soludo’s name with Hon. Chukwuma Umeoji, who was screened out of the APGA primary election. Immediately Umeoji lost out in his party’s power game, he joined the faction of a certain Jude Okeke and emerged the governorship candidate.

The questions are: is the faction that presented Umeoji authentic?  Is Jude Okeke the man INEC recognized on its website as the national chairman of APGA? The answer is in the negative.

Okoye said the decision of INEC was based on court orders. For APGA, the court order in question was procured from Jigawa State. Again, the question is, why Jigawa? Is there no high court in Awka where the election took place? Does the Jigawa Court have jurisdiction to handle this matter? There is something fishy about this whole thing. I hope there are no plots to surreptitiously impose an unpopular candidate or his party in Anambra State as has been done elsewhere.

According to the Electoral Act, the commission is required to publish the particulars of candidates no later than seven days from the date of receipt of the nomination. APGA chairman, Victor Ike Oye, said his party uploaded Soludo’s nomination and received stamped copy July 2, 2021.

In an open letter to INEC chairman, Professor Mahmood Yakubu, Oye said, “INEC ought to have published it not later than 9th of July. As of 15th July, it didn’t.  A federal high court at Awka had directed INEC to maintain the status quo by publishing Soludo’s name. But INEC seems also intent on disobeying the order for reasons known to it.

“The information available to us is that INEC wants to receive another nomination/submission of particulars for APGA (from persons totally alien to APGA) on 16th July 2021, and publish same immediately, based on a bizarre court judgment in Jigawa.”

Oye said Jude Okeke had never been their member and he had never met him. He urged Yakubu to stand firm and resist any pressure not to do what is right about who is the APGA candidate in the upcoming election.

Also, the Soludo Campaign Organisation has dismissed the INEC announcement and said the former governor of the Central Bank of Nigeria would contest the election. The spokesman of the group, Joe Anatune, was unequivocal when he said they would challenge the Jigawa jigsaw judgment and were confident of victory.

It is imperative to note that party decisions are binding on members. Those who are aggrieved either go to court or join another party. That was what a former governorship aspirant of APGA, Nze Akachukwu Nwankpo, did. He was disqualified like Umeoji. But rather than go to Taraba or Kebbi to tell the court to declare him an APGA candidate, he joined another party, African Democratic Congress (ADC), and is now its governorship candidate. He will test his popularity with other candidates on Election Day.

Similarly, Senator Ifeanyi Ubah felt shortchanged in APGA a few years ago. He joined the Young Progressives Party (YPP) and contested the senatorial position of the party in the last general election. Surprisingly, Ubah defeated candidates of the more popular and established parties. That was what I expected Umeoji to do, rather than what he is doing now.

See also  South-East Renunciation: What Next For Kanu, IPOB?

The APC candidate, Andy Uba, is also their brother.

While we watch to see how things pan out in this theatre of the absurd, I wish to advise INEC not to give credence to the recent allegation against it by the Senior Pastor of the House on the Rock Church, Pastor Paul Adefarasin. The pastor was reported last Wednesday to have said the commission was a fraud. In a sermon he delivered in his church, Adefarasin reportedly said, “Put me in trouble if you like, INEC is a fraud. Numbers in Nigeria as far as census is concerned, as far as election is concerned, are a lie. And if nobody will speak about it, the righteous will speak about it.”

Our democracy is imperiled when the wishes of the people are suppressed for whatever reason. Anambra electorates are fully aware of the credentials of the candidates vying to rule them. They know those who have grassroots support and those who bank on external support to steal the position. But they will not relent in fighting for their right to a fair and transparent election in November. 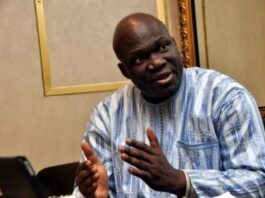 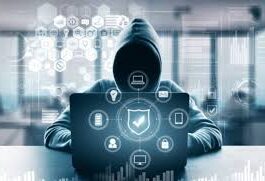 Cyber Crime, Greatest Challenge Of The Nigerian Youth In A Digital... 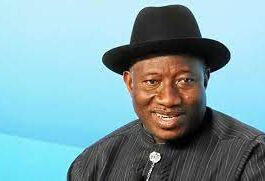