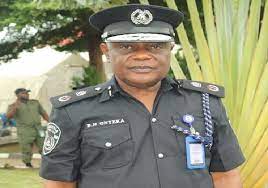 The Police Command in Plateau State has arrested 26 suspects for banditry, kidnapping, armed robbery, cultism, trafficking, and other offences.

The Commissioner of Police in the state, Mr. Bartholomew Onyeka, paraded the suspects before journalists on Wednesday in Jos.

According to Onyeka, the suspects committed other offences, including illegal possession of firearms, criminal conspiracy, and trespass.

He explained that the arrests were part of the command’s modest efforts aimed at curbing crime and criminality in the state.

He said: “I have called you this afternoon to brief you on some of the command’s achievements in the recent past.

“The command through my leadership has put together a lot of strategies to prevent crimes in the state.

“Whenever a crime occurs, we put in all efforts to arrest the perpetrators for them to face the consequences of their criminal acts.

“In that wise, I present these 26 suspects who have committed various offenses.

“These range from kidnapping, banditry, armed robbery, culpable homicide, cult activities, illegal possession of arms to a host of others.”

Onyeka assured residents of the state that the command would not rest on its oars until it rid the state of criminals.

The body of a blindfolded young woman suspected to have been kept in a refrigerator with hands and legs tied to the...
Read more
Crime

A drunk police officer has committed suicide in custody at the Delta State police command headquarters in Asaba, the state capital.
Read more

An aircraft which was already airborne returned on discovery that the First Officer on board had not completed his final flying test.
Read more
Load more
See also  Hong Kong Activist Shot on National Day Fails to Appear in Court