The Izanzan Intellectual Camp (IIC), and Ijaw Interest Advocates (IIA) on Monday, January 16, warned on impending drastic measures against the deprivation of indigenes of oil producing communities in the recently inaugurated substantive board of the Niger Delta Development Commission, NDDC, which has Mrs. Lauretta Onochie as the chairperson.

In a statement e-signed by Niger Delta rights activist, Arerebo Salaco Yerinmene as National Coordinator, the groups drew the attention of multi-national companies operating in the Niger Delta to fundamental reasons why the Izon and other oppressed people oil producing communities should rise up now and fight the serial injustices against them.

Full text of the statement reads:

“The deliberate and outright deprivation of the people and the oil producing communities, the continual breach of the NDDC Act to hijack it from actualising its core mandate, and to caution government not to view NDDC as an agency for political patronage rather than an important vehicle to cater for the sufferings of a peculiar people long denied of basic needs for survival.

“Although we are particularly moved by the deprivation of Delta Ijaws in the just constituted substantive board of the NDDC, we view the process of appointment as an intentional act to further frustrate and provoke our people especially the oil producing communities whose troubles have been made worse by the total absence of government presence over the years despite the massive contribution to the existence of the Nigeria State.

“Ideally, equity requires that where resources are produced, part of such resources should be ploughed back to that area for its development and the people must get involved in other to align and negotiate with  government for peace and speedy growth and development but there is no gainsaying that the oil producing communities are treated as if they don’t exist by successive governments but became worse since the inception of the President Muhammadu Buhari administration.

“NDDC was created specifically for the development of oil producing communities and the people in terms of staffing, appointments and development but the agency has now been systematically turned to an agency for settling politicians irrespective of their places of origin.

“Such reckless appointments and breach of the NDDC Establishment Act usually serve as fuel for future agitations in the oil producing communities. It seems the government derives pleasure in creating the problems for people to agitate in order to send the military to crush and burn down our oil producing communities on the slightest provocation to protest against government injustice

“Ironically, all the members of Committees supervising NDDC at the National Assembly are from non-oil producing areas in their states of origin. These same people are also saddled with the very important responsibility of drawing up the annual NDDC budget in conjunction with the NDDC Board.

“Of course, their primary interests of projects to be captured in the budget will definitely be sited in their respective areas, while the oil producing communities would be left out. When people are provoked, the government will send troops to further suppress the people and burn down villages.

“The suppression by government and the suffering of oil producing communities in the Niger Delta region of Nigeria is real and painful. Regrettably, Nigerians are politicising it and pretending it doesn’t exist. It is a terrible situation where you are totally denied your God-given wealth at gun point, and the same wealth you are being denied of is affecting your overall health without Medicare facilities anywhere near their communities. To make matters worse, it is that same wealth you are denied of had totally destroyed your alternative sources of survival as a people even onto generations yet unborn.

“The mind bugging questions are still begging for answers: Why is it that the most important decision- making positions in the NDDC are not always given to indigenes from oil bearing communities?, What has the oil producing communities in the Niger Delta done wrong in this administration to deserve these injustices? and why is the government always bent on frustrating the interest of the oil bearing communities?

“The only probable answer is that there is a deliberate attempt to keep the oil bearing communities perpetually impoverished and underdeveloped, which is clearly against the objectives and Establishment Act of the NDDC that was established by the Chief Olusegun Obasanjo- led Federal Government a result of the bloody Ijaw struggle in the Niger Delta.

“It is glaringly deliberate as same injustice in Ondo, Edo, and almost all the States for a Commission that was specifically created for only oil producing communities. Though insecurity is a symptom of deprivation and frustration, despite the clandestine motives, we had, as intellectual agitators,  resolved to only tow the noble and constitutional path of Pens for guns and books for bullets to demand for all round justice despite the fact that the system has no regards for pen agiators but it is ready to dialogue with those that use violent approach in agitating for justice.

“Therefore, since oil producing  communities have a commonwealth and common agony, we enjoin all oil producing communities mostly in Delta State to rise up against these injustices by sending leaders and representatives to attend an upcoming meeting slated for the end of January in Warri, Delta State, to kick-start a series of drastic measures in a language that the Federal Government understands, as we are left with no choice at this point than to fully mobilize ourselves irrespective of tribe, to take a legitimate but  decisive line of action to stop the injustice as quickly as possible.

“Letters and bulletins will be distributed  to communities for urgent meetings to address core issues of NDDC and  the 13% derivation funds the oil producing communities are denied”. 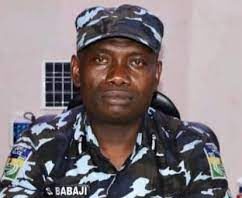 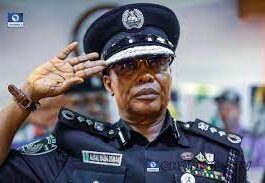 US Terror Alert: We Won’t Take Threat Intelligence For Granted –...